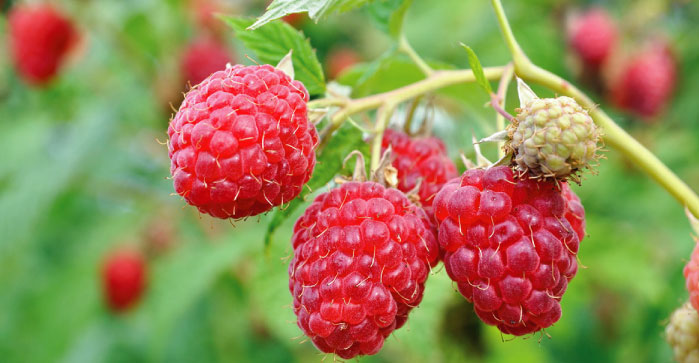 Global prices for fresh and frozen raspberries are record-breaking. EastFruit wrote about the second raspberry boom in Ukraine, one of the global leaders in raspberry exports. Similar trends are noted in Serbia, Poland and other leading countries. Meanwhile, Uzbekistan mostly ignored the opportunities in the berry business until recently, despite the excellent climate and labor, the lack of which hinders the expansion of raspberry production in other countries.

However, it looks like the change is starting in Uzbekistan. EastFruit experts, with reference to the National News Agency of Uzbekistan, note that the establishment of new raspberry plantations with the total planned area of 300 hectares has started in the Fergana region of Uzbekistan.

Back in mid-August 2021, plans to expand the raspberry plantation in this region were reported. Given that the climate of the region is well suited for growing raspberries, 300 hectares of unused land were allocated for new berry plantations. Work began on soil analysis, clearing the area from stones, processing land with organic fertilizers and establishing an irrigation system, including drilling wells and installing pumps.

It was planned that about 1000 families will be engaged in the production of raspberries on the new plantations in the form of cooperation. In addition, this project includes the creation of facilities for cooling, storing and freezing raspberries, as well as a processing plant.

Recently, work started on the establishment of new raspberry plantations in the “Vodil Kizilkurgan” massif.

Raspberry production in the Fergana region is concentrated in the village of Vodil with 5600 households and farms engaged in it. The total area of ​​raspberry plantations in Vodil village is 500 hectares, and the annual production is 4.4 thousand tons. Accordingly, after the project to expand raspberry plantations is implemented, their total area in the Fergana region will be 800 hectares. Raspberries in Uzbekistan are harvested 2 times a year, in May-June and August-September.

According to EastFruit analysts, there are almost no exports of raspberries from Uzbekistan for the fresh market, except for single deliveries of up to 20 tons. 120 tons were exported last year, of which about 100-110 tons were delivered to Kazakhstan and 10-15 tons to Turkey. According to the Customs Committee of the republic, from early January to mid-October 2021, Uzbekistan exported 32.3 tons of fresh raspberries. These are most likely raspberries for processing, and not for fresh consumption.

Moreover, there is almost no freezing of berries in Uzbekistan. It is freezing of berries, fruits and vegetables that would help Uzbekistan to sharply increase both the production and exports, since frozen berries can be stored for a long time and exported to almost anywhere in the world. Fresh berries, on the other hand, are much more difficult to export, especially from Uzbekistan that is far from the consumption centers. You can listen and read more about berries and fruits freezing business in the speech of Yulia Timoshenko, head of the Tiferet Company (Moldova), at the National Online Conference “Fruit and Vegetable Sector of Tajikistan – the Best Investment Niches”.