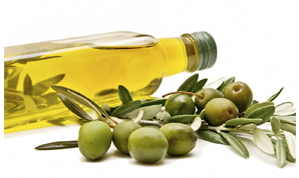 Italy is the second largest olive oil producer in the European Union (EU) after Spain and accounts for approximately one-quarter of the EU-28 olive acreage. According to the latest industry estimates, Italy’s marketing year (MY) 2016/17 olive oil production is estimated at approximately 200,000 metric tons (MT), a 58 percent drop from the previous abundant campaign (475,000 MT) due to sudden alternations of hot, cold, and rainy weather that affected the Italian peninsula throughout the year, combined with the olive fruit fly attack in September. Overall, quality is reported to be good.

As reported by the industry, there are approximately 700,000 olive farms in Italy organized in 700 certified production chains, cultivating 1.1 million hectares (ha) of land and more than 250 million olive trees. Puglia and Calabria cover 68 percent of Italian olive oil production. The remainder of production is in the regions of Sicilia (8 percent), Campania (6 percent), Abruzzo (4 percent), Lazio (4 percent), Toscana (3 percent), and Umbria (2 percent). Thanks to approximately 538 different olive varieties, Italy is able to express many different flavors and fragrances that make the country a unique and exclusive olive grove. Leading olive varieties include Ogliarola, Coratina, Cima, and Cellina in Puglia; Taggiasca and Lavagnina in Liguria; Frantoio in Toscana; Casaliva by the Garda Lake; Moraiolo in Umbria; Carboncella in the area of Sabina mountains (Lazio); Gentile in Abruzzo; Rotondella in Campania; Carolea in Calabria; Nocellara del Belice in Sicili; and Bosana in Sardegna.

Nearly 60 percent of Italian olive oil production is extra virgin. Olive trees are slow to grow, taking four or five years to yield their first fruits and another 10 to 15 to reach their full capacity. Olive harvest occurs from October to December. Olives are mostly handpicked and the crop is pressed on the day of picking. This helps differentiate the Italian product by contributing to quality, but raises costs by limiting economies of scale.