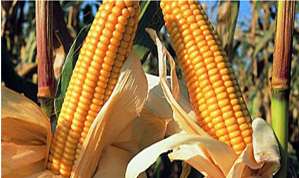 Peru’s imports of U.S. corn continue outperforming in 2017, reaching 1.5 MMT (January–April 2017). The U.S. – Peru Trade Promotion Agreement (TPA), which entered into force in February 2009, has been instrumental for this astounding performance. The agreement provisions include a duty free tariff rate quota for U.S. corn and a tariff phase out period of twelve years. In 2017, the quota was 796,924 MT, and it was filled in early March.

Peru grants duty free access to corn from all origins. However, it also imposes a variable levy under the Peruvian Price Band System. Imported U.S. corn receives a trade preference since the variable levy cannot be applied to U.S. in-quota corn. The levy can only be applied to U.S. out-of-quota corn imports, but not only to a level equal to Peru’s commitment under the agreement. In 2017, Peru’s TPA commitment for corn is 6.25 percent. The variable levy in 2017 has ranged from $37 to $48 per metric ton. At current prices, out-of-quota U.S. corn can only be assessed $9 per MT compared to $48 per MT assessed on corn from other origins such as Argentina.

Chicken is a staple meat in the Peruvian diet, with per capita consumption at 43 kilograms per year, but rising as high as 72 kilograms per year in the Lima region. Peru produces 660 million broilers per year, a main driver for corn demand. FAS Lima estimates that poultry production will reach 720 million birds (1.7 MMT) in 2017.