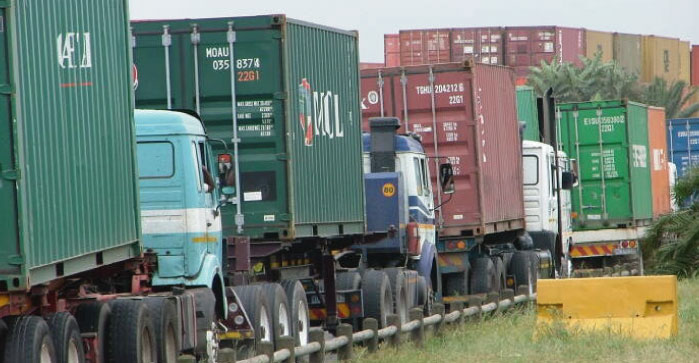 Transnet Port Terminals, the state-run ports authority, has declared force majeure at the Cape Town Container Terminal and the Cape Town Multi-Purpose Terminal for the third time in six months in response to a power failure that started on Monday night.

Power was restored by Tuesday evening but by Wednesday, force majeure had not yet been lifted by Transnet Port Terminals.

Approximately 1,350 containers containing stonefruit, table grapes and blueberries for the EU and the UK were left for 28 to 36 hours without power. Some exporters retrieved their containers from the stacks (which necessitates a temporary re-import of the fruit back into South Africa) to get the fruit back to a privately-run depot.

Several sources describe a “chaotic situation” at the port, but the Dal Kalahari vessel is expected to sail today with over 1,000 containers, wind permitting.

“The real problem is with the build-up of trucks coming into the port with nowhere to go,” says a freight forwarder while another says there is a queue of trucks kilometres long waiting outside the port.

«Everything is held back by the congestion at the port. Guys need to get into stack, then they need to fetch new boxes at depots and run them back into stack, so it’s just one big snowball effect,” he explains.

Various sources in the logistics and fruit industry have indicated to FreshPlaza that they considered the declaration of force majeure to be unmerited.

There is dissatisfaction at the way the situation has been handled by Transnet, at what is perceived to be a lack of communication as well as an apparent absence of planning by Transnet Port Terminals to cope with South Africa’s endemic power problems, while the private sector has invested millions in generating units and solar energy at their own depots and cold stores.

“It was absolutely not a force majeure event, it’s something that could’ve been managed within Transnet, especially given the 15-plus years of power cuts in South Africa. Elsewhere in the world, port terminals have generating capacity in the case of power failure,” says an industry source.

Says another: “It’s absolutely unacceptable to us that force majeure is declared for something [a power failure] that could’ve been managed by Transnet.”

Impact from cold chain break will be felt on arrival

Shipping has so far been a disaster, says a grape exporter, with vessels waiting for two, or even three weeks outside harbour.

Vessels for the Middle East will now avoid Cape Town because of the backlog in port caused by the power cut.

“This is very concerning and we’ll feel the impact on quality caused by the power failure when the fruit arrive at overseas markets,” says Werner van Rooyen, operations manager at the Fresh Produce Exporters’ Forum.

Van Rooyen notes the unflagging support the fruit industry has been receiving from the City of Cape Town, the new city mayor and the Western Cape Department of Economic Development and Tourism.

Quality claims can force small fruit farms to close their doors, he adds, with a devastating effect on the rural communities around farms.