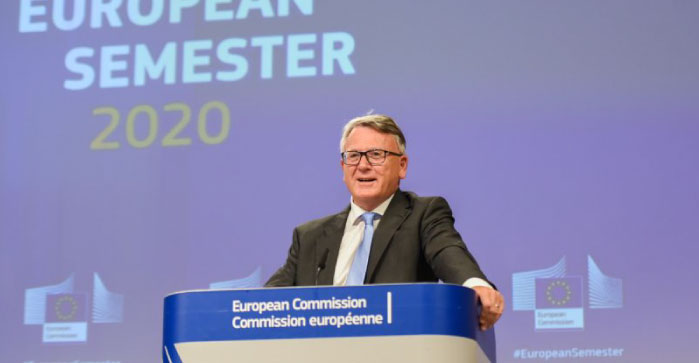 The European Commission on Friday launched a public consultation on its action plan on organic farming. Simultaneously it proposed the postponement by one year of the entry into force of new European Union (EU) legislation on organic farming due to the COVID-19 pandemic.

The legislation should take effect in Jan. 2022 instead of the beginning of 2021 as requested by the EU member states and other stakeholders, since work on secondary legislation has slowed down as a result of the pandemic, a Commission media release stated.

The Commission’s Farm to Fork and Biodiversity strategies adopted in May 2020 have set a target that 25 percent of agricultural land should be in organic farming by 2030.

Agriculture and Rural Development Commissioner Janusz Wojciechowski defined organic farming, in a statement on Friday, as «a key ally in the transition towards a more sustainable food system and a better protection of our biodiversity.»

The action plan, now under public review, aims to stimulate demand for organic products while maintaining consumer trust. It is also expected to encourage the increase of the organic farming area in the EU and to enhance the role of organic production in curbing climate change and biodiversity loss.

The new organic legislation is designed to guarantee fair competition for farmers while preventing fraud. The delay proposed on Friday aims to ensure a smooth transition between the current and future legislation and to allow the industry and EU countries to be fully ready to implement the new rules, the media release stated.

For the year 2021, the Commission plans to allocate 40 million euros (47.4 million U.S. dollars) to organic farming under the promotion policy. Enditem