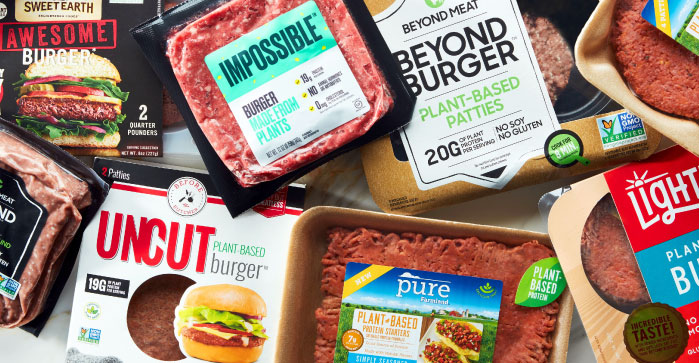 According to new data from GFI Israel and Petach Tikva-based consumer goods research firm StoreNext, consumers based in Israel have been buying significantly more plant-based products over the course of 2020.

The data, which was collected from all brick-and-mortar and online retail channels in the country and reported by Israel21c, shows that while both animal-based products and alternative protein products saw a spike in sales amid the coronavirus pandemic, the growth experienced by the latter category tallied up 13-times more than traditional animal-based proteins.

More specifically, alternative meat sales grew by 24% year-on-year, primarily driven by purchases of ground or minced meat alternatives and burgers, as well as meat-free schnitzel and sausages. Currently, all alternative protein sales are products that are plant-based rather than cell-based, as cultured proteins have yet to land in Israel and other markets, with the exception of Singapore being the first and only country so far to approve the commercial sale of cultured meat in late 2020 – though Israel will likely see major steps in this direction given the government’s supportive positioning.

My estimate is that Israel is one of the fastest-growing alternative protein markets in 2020.

Commenting on the findings, Nir Goldstein, managing director of GFI Israel, said: “My estimate is that Israel is one of the fastest-growing alternative protein markets in 2020.”

Meanwhile, sales of soy-based milk alternatives grew by 23%, while non-soy alternatives such as plant-based rice milk, oat milk and almond milk saw an increase of 55%. Overall, the dairy alternative category, which includes plant-based cheese and yoghurt substitutes as well as milk, saw sales grow by 40% in 2020.

Aviv Oren, business engagement manager at GFI Israel, told the publication that Israel’s alternative milk market is growing fast, and will continue to do so as more technologies such as fermentation and cell-based solutions merge. “Alternative milk currently accounts for 13% of the Israeli milk market — the exact same market share that milk substitutes occupy in the American market,” Oren said for comparison.

The change in Israeli society is evident.

Though animal-based foods did see an overall increase year-on-year, the results also notably showed that in the final quarter of 2020, Israeli consumers decreased their consumption of conventional meat and fish by 10% – indicating a significant shift already on the horizon.

Similar consumer trends have been recorded in other parts of the world recently. During the first wave of the pandemic last year, surveys conducted in various markets from the U.S. to Hong Kong and the U.K. all indicated a significant rise in interest in plant-based alternatives.

Research compiled in later months showed the majority of U.S. shoppers actively shifting to a flexitarian diet, and many first-time buyers of alternative protein products suggesting they plan to make their newfound habits a long-term choice. In a number of key Asian markets, analysts believe that the surge in demand for alternative proteins will drive growth by 200% within the next five years.

Overall, the United Nations FAO estimates that this global pattern will trigger the biggest drop in meat intake seen in decades.