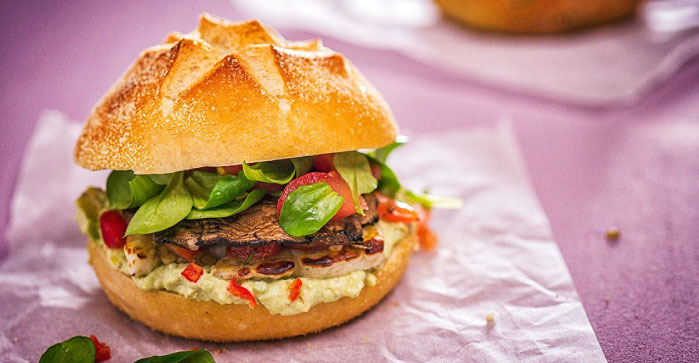 Protein will continue to be a top-selling ingredients across multiple channels, driven by innovations in plant-based protein and the development of new meat and dairy alternatives.

Accounting for this steady growth during the pandemic is the sheer diversity of uses protein has developed over time, branching away from the image of a large plastic tub of powder to snacks, bars, beverages, and meat alternatives. One of the major growth drivers of the protein space is plant-based protein, which has captured the attention of a large cross-section of consumers who are seeking either to replace or diversify their protein sources.

“2020 was a rollercoaster for food and beverage categories, both in terms of sales and consumption,” says Mark Fahlin, business development, Cargill (Minneapolis). “It’s fair to say that protein remains as relevant as ever during the pandemic. While many categories were negatively impacted in foodservice channels, at retail we clearly saw higher lifts for most categories as compared to pre-pandemic levels. This was especially true in spaces where plant protein features prominently, such as plant-based meat and plant-based dairy, for which the sales lifts were notably higher than retail averages.”

As stay-at-home orders and lockdowns of nonessential businesses brought food service to a halt, home cooking became an absolute necessity. With that came the need for healthier, wholesome meals as families contended with the sedentary nature of working and schooling from home. Protein, being a well-known macronutrient, is as good a place to start as any.

“Protein has always had a natural health halo,” says Mark Cope, applied nutrition manager, DuPont Nutrition & Biosciences (Birmingham, AL). “Meat alternatives are included in the protein mix. Consumer knowledge of meat alternatives as well as consumption of these products has increased over the course of the pandemic.” He adds: “At the same time, some of our CPG customers are launching new SKUs in meat alternatives, moving from burgers into other products like breakfast sausage or deli meats.”

Meat and dairy alternatives simply offer consumers another option. Yes, they can cater to vegans and vegetarians, but now more than ever, consumers are embracing a more balanced approach to food consumption wherein they reduce their intake of animal-based products. For some, this represents a healthier way to eat; for others, it is more sustainable for the environment. It’s notable that the top-selling protein variety in the mainstream multioutlet channel is animal-plant combo as opposed to plant-base protein alone.

“Even though animal-based proteins are still in the majority, I think a shift is taking place especially among younger people,” says Cope. “Millennials are saying they’re interested in eating more plant-based protein—but whether they’re actually doing it is still in transition.”

Ultimately, protein in general carries a healthy connotation. “People look for protein because they believe it’s good for them. It has a healthy halo, and it’s a macronutrient that people think they need in their diet to maintain good health,” explains Cope. “So, people are looking for protein content in foods. Additionally, there’s a health halo around plant-based diets in general. Plant-based foods are perceived as naturally healthy. So, I think that’s where some of this demand for protein is coming. The health halo is so important because if consumers didn’t know about the health benefits of protein before the pandemic, they do now. They’re making sure their family is getting healthy protein products.”