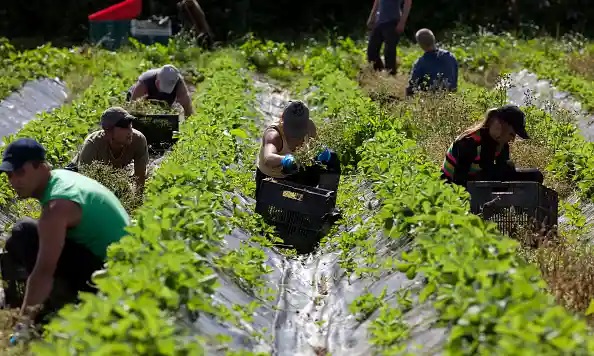 France’s Agriculture Minister Didier Guillaume has multiplied calls for assistance from Brussels to deal with the effects of the ongoing health crisis. In other words, the milk, meat, fruit and vegetable sectors cannot wait much longer. EURACTIV France reports.

Since the coronavirus crisis started, France has made several appeals to the European authorities for the implementation of urgent measures to support the agricultural sector.

These European support mechanisms, provided for by the Common Agricultural Policy (CAP) in the event of acute difficulties on agricultural markets, still have not been activated by the European Commission, despite repeated calls from France, other EU member states and the farming community.

The coronavirus crisis has damaged a certain number of sectors, which are struggling to sell off their stocks because France decided to close food shops and collective catering, but also open-air markets as part of its containment measures.

COVID-19: France calls unemployed to work in fields as borders stay closed
The French government has called on the technically unemployed French to make themselves available to help farmers with seasonal harvests. But such ‘agricultural patriotism’ does not bode well with the tightening of containment. EURACTIV France reports.

However, as an important outlet for local sales, local markets could be reopened in France, following the agriculture minister’s request from 12 April, which considered that if health safety measures were complied with, local authorities should encourage reopening the markets.

For the time being, the closure of local trade outlets and export problems have had a particularly severe impact on the dairy, fruit, vegetable, and sheep-and-goat sectors.

Agriculture Minister Didier Guillaume reiterated the need to activate “the instruments (…) designed to respond to acute crises such as the one the EU is currently going through”.

In a meeting with the European Commissioner for Agriculture, Janusz Wojciechowski, on Tuesday (14 April), the French minister once again highlighted the request “made by several member states to very quickly trigger private storage in the dairy, sheep, goat and veal sectors; and the activation of market measures for the fruit and vegetable sector.”

Requests for aid for the horticultural and wine-growing sector were also discussed.

France’s regular requests follow on from those put forward by representatives of the farming community since the beginning of the crisis.

The umbrella group of French farming unions, the FNSEA, voiced regret that the European Commissioner for Agriculture “had not yet expressed his willingness to listen on this subject”, while the sector is counting “on the European budget and on European measures”, said FNSEA president Christiane Lambert.