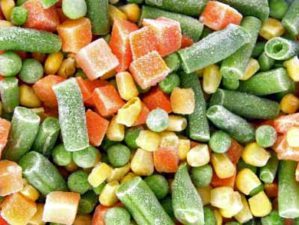 In a substantial report titled ‘Food for thought,’ the Flemish government had research done into the food chain in the region. The report also mentions the fruit and vegetable sector. In it, only the domestic production on the Belgian market is looked at. Import and export flows are ignored.

Of all those euros spent on fresh vegetables, the largest share went to tomatoes. On average, 16.50 euro was spent on tomatoes. For that, the Belgians bought 6.2 kilograms of the greenhouse vegetable. Chicory and bell pepper completed the top three of products on which most money was spent. However, the top three looks different in volume; carrots and onions then join the tomatoes. Within the tomato category, especially vine tomatoes sell well. In recent years, specialities have also experienced a noticeable growth. The volume share of these tomatoes is at 18 per cent, and the specialities represent 36 per cent of the value. That is at the expense of loose tomatoes. Those made up half the volume in 2008, but by now, that is only one-third.

On average, Belgians consume more fruit than vegetables. An average 50.1 kilograms of fresh fruit is in the shopping trolley. Tinned fruit does considerably less well, with 1.2 kilograms on average. For both categories, consumption is showing a downward trend. The volume of fresh fruit per capita decreased from 56 kilograms in 2008 to 50 kilograms in 2015. A similar trend can be seen in tinned fruit. Although the volume decreased, the Belgians spent more on fresh fruit. In 2008, the average spending was on 117.60 euro, in 2015, 12.50 euro was spent on fresh fruit.

The top three fruits bought most often consist of apples, oranges and bananas. Within the apple category, Jonagold is still the undisputed market leader, although the market share is under pressure. The apple has a share of 45 per cent in volume and 34 per cent in spending. The Pink Lady is winning ground compared to Jonagold, Golden Delicious and Granny Smith. Since 2008, Belgians are buying twice as many Pink Lady apples, bringing the market share to 12 per cent in volume. The higher price realised by this apple can be seen in the share of spending. Pink Lady takes up 22 per cent in that. The success of the apple has a negative effect on the Flemish apple sector, where this variety isn’t grown.

Flanders is the vegetable garden of Belgium