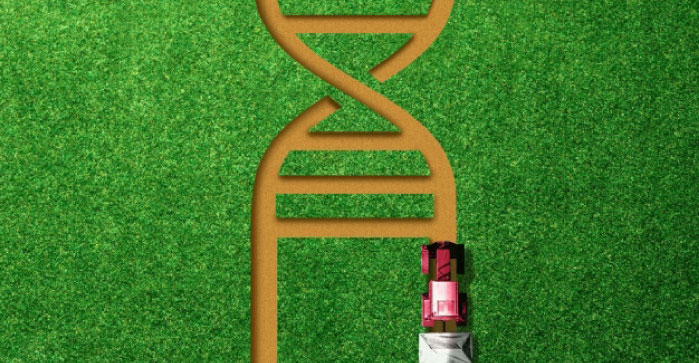 dvances in gene editing over the past decade have given scientists new tools to tailor the biochemistry of nearly any living thing with great precision. Because the biosphere—including trees, crops, livestock, and every other organisms—is a major source and sink for greenhouse gases (GHGs), these tools have profound implications for climate change.

Gene editing uses enzymes—CRISPR Cas9 is the most well-known—to identify, remove, and replace segments of an organism’s DNA, much like using a word processor to edit a document. These tools originated as defense mechanisms so that bacteria could remove foreign DNA inserted by predatory viruses. Researchers have adapted this cellular machinery to introduce beneficial traits into plants and animals. The techniques are new, but they build on nearly a half century of experience with conventional genetic engineering and hundreds of millions of years of evolution.

Zooming out from the microscopic level, gene editing offers novel solutions to a diverse set of emissions-related problems.

djdvctwlThe Trillion Trees initiative recognizes plants’ unique ability: using photosynthesis to capture carbon. Yet the process is surprisingly inefficient. Scientists have moved swiftly to use their new toolkit to try to improve it, and several breakthroughs have already been reported. Further progress might enable productivity gains of 50 percent in major crops, slashing emissions radically, raising output per acre, and bolstering farmers’ incomes.

The decomposition and transport of wasted food accounts for the single largest portion of agricultural GHG emissions. Companies are already selling gene-edited soybean oil with a longer shelf life and potatoes that resist bruising, both of which reduce waste.

Next-generation biofuels from switchgrass, which grows easily on otherwise non-arable land, could power sustainable, low-carbon transport. The hitch has been that this plant’s key ingredient, cellulose, is hard to break down. Gene editing may open up this abundant resource by optimizing microbes that can efficiently process cellulose, yielding low-cost biofuels and spurring rural development.

The world’s 1.4 billion cattle account for about 6 percent of global agriculture GHG emissions, in large part because of methane in their burps. Some cattle emit far less methane than others because of specific microbial populations in their digestive tracts. Gene editing could allow this trait to spread across herds, reducing emissions.