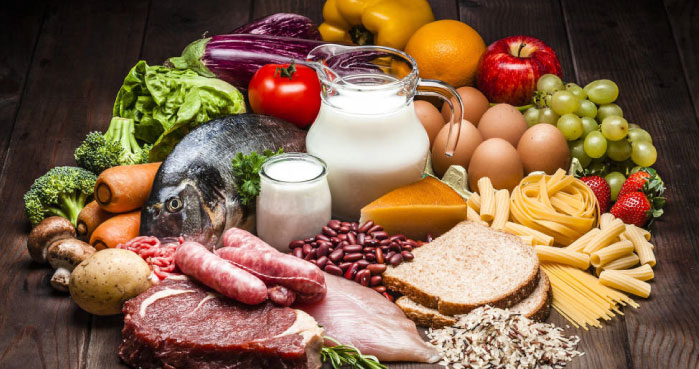 Researchers at the U.S. Department of Agriculture (USDA)’s Agriculture Research Service recently concluded that consuming a high level of carbohydrates regulates a single gene called CPT1A, which is shown to have a protective effect against obesity, hypertension, type 2 diabetes, and other metabolic diseases. However, this protective activity can be reduced by those taking in high amounts of dietary fat.

“This is exciting for nutrition research because it gives insight on how balanced nutrition can affect our health, from the perspective of an important, but single gene called CPT1A,” ARS scientist Dr. Chao-Qiang Lai said. “I can’t say that eating all carbs will prevent you from developing type 2 diabetes and I can’t say that avoiding fat will protect you from obesity. A balanced intake of carbohydrate and fat may be the best way to prevent metabolic diseases.”

Researchers found that dietary habits have a significant influence on the activity level of the CPT1A gene, ultimately leading to a number of positive or negative health consequences. While a high carbohydrate intake is associated with lower levels of the gene, and high fat intake is associated with higher levels of the gene’s synthesis, the actual activity of this gene is regulated by carbohydrates, which cause a greater amount of methylation of this gene. Essentially, the authors of the study suggest that a chronic imbalance of these two macronutrients can have a negative impact on preventing metabolic diseases.

The newly-released research enrolled three population-based cohorts from the United states and Europe, whose DNA were extracted for in vitro analysis. Assessments of dietary intake were taken to evaluate daily macronutrient intakes, as were measurements of metabolism including blood pressure, cholesterol imbalances, and waist circumference. Models were then used to find associations between macronutrient intake normalized to total energy, and CPT1A activity, and a similar linear model was used to determine the association between CPT1A methylation and metabolic diseases, as the gene sends out an epigenetic signal which becomes stronger or weaker depending upon dietary intake.

“Our mediation analysis supports that dietary CHO and FAT intake mediate methylation at CPT1A, influencing the risk of metabolic diseases through energy metabolic homeostasis,” the authors of the study concluded, indicating that further research on macronutrient intakes and ratios should be conducted to determine epigenetic impacts on the CPT1A gene.