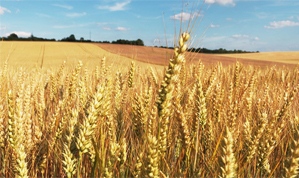 U.S. corn sales to Mexico are down by 7% this year and are likely to erode further, said the U.S. Grains Council, a trade group, at a House Agriculture Committee hearing on opportunities for agriculture through the renegotiation of NAFTA. An array of farm and trade groups said customers, especially in Mexico, are hedging their bets about access to U.S. farm exports and looking for alternative suppliers.

Food and ag exports to Canada and Mexico have quadrupled since NAFTA took effect in 1994 and created duty-free trade for many products. The two nations account for roughly 30% of U.S. agricultural trade. Witnesses at the hearing said their number one priority for the new NAFTA is retaining duty-free trade while modernizing the tripartite trade agreement. Many of the witnesses voiced concerns. The U.S. Dairy Export Council, for example, said that Canada’s dairy management system created unfair barriers to American dairy products, and the Florida Fruit and Vegetable Association said that subsidized Mexican produce was battering American growers.

The first round of NAFTA talks is set for August 16–20 in Washington. While farm groups hope for beneficial results, they worry about a disruption of trade. The uncertainty of the negotiations is fraying relations with longstanding customers, said the farm and trade groups. Kevin Brosch, speaking for the National Chicken Council, said Mexican food processors used to regard the U.S. as a “pushy big brother.” Now, with renegotiation approaching, “they’re looking at Brazil; they’re looking at other sources of supplies.”

“We have strong but unconfirmed evidence that Mexico is slated to purchase between seven and eight cargoes from South America beginning in August and September,” said Floyd Gaibler of the Grains Council. With the 7% drop in corn sales to Mexico, Japan has become the number one buyer of U.S. corn. Gaibler said customers in Mexico are shifting their purchases of corn and coproducts to the spot market rather than committing to longer-term contracts.

Similarly, Tom Hammer of the National Oilseed Processors Association said customers in Canada and Mexico “are making adjustments now” toward short-term purchases. While Kendal Frazier of the National Cattlemen’s Beef Association said beef exports have not been affected, he reported that “in conversations with Canada and Mexico, they are concerned about some of the rhetoric they are hearing about NAFTA.”

Former Agriculture Secretary Tom Vilsack, now the head of the Dairy Export Council, described NAFTA negotiations as a race against the EU, which is negotiating its own free-trade pacts with U.S. neighbors. Mexico is conducting two negotiations at the same time. “They’re looking for the best deal for Mexico,” he said, and are in a position to play their negotiating partners off against each other.

Agricultural exports are a bright spot in the overall U.S. trade picture, consistently turning in a net surplus, forecast at $22.5 billion this fiscal year. Food and ag imports from Mexico and Canada are forecast to be $4.7 billion larger than U.S. exports to the North American neighbors. The White House has said it wants to eliminate trade deficits.

Reggie Brown, testifying for Florida produce growers, said the brunt of the agricultural trade deficit with Mexico and Canada was borne by U.S. fruit and vegetable growers. “We are the canary in the coal mine,” said Brown, pointing particularly to the expansion of specialty crops in Mexico. U.S. tomato plantings have shrunk by nearly one fourth since NAFTA took effect, while imports from Mexico have soared.

Agriculture Committee Chairman Michael Conaway said a speedy conclusion to negotiations would help quell anxiety among U.S. producers. “Time is of the essence,” he said.

Conaway also expressed confidence that the Trump administration would protect beneficial parts of NAFTA while removing trade obstacles. “He’s a master negotiator,” he said, referring to President Trump. “I trust his negotiating instincts to make that happen.”