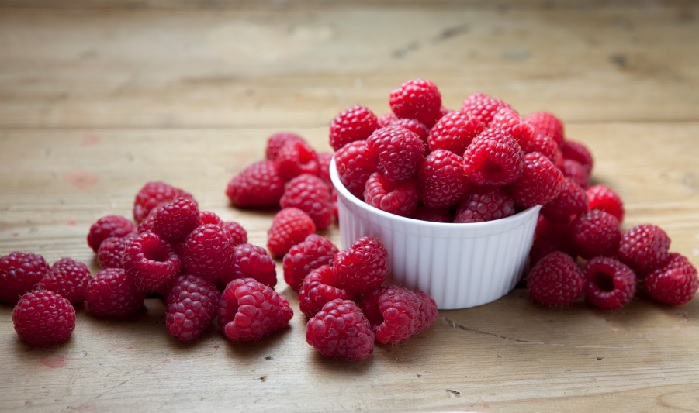 Endothelial cells form the interior lining of our blood and lymphatic vessels. They act as a barrier between the blood or lymph and the surrounding body tissue as well as playing key roles in blood clotting and regulating blood pressure amongst other things. Sometimes these cells stop working efficiently (called endothelial dysfunction) which is thought to be a significant factor in the development of cardiovascular disease.

Dr Rodriguez-Mateos and her colleagues studied ten, healthy male volunteers aged 18-35 years. Participants were randomly given drinks containing no, 200g or 400g of raspberries. Researchers monitored chemicals in their blood and urine as well as their blood pressure and flow-mediated dilation (FMD) of the brachial artery: a measure of how the artery widens when blood flow increases.

The results showed a significant increase in FMD for participants that drank raspberry-containing drinks. The effect lasted for at least 24 hours and there was also a correlating increase in the levels of urolithin metabolites found in their blood. These are produced by bacteria in the gut as ellagitannins, a chemical found in raspberries, are digested. Researchers believe that ellagitannins could therefore be beneficial to vascular health.

If the change in FMD seen could be sustained for long enough, it would reduce a person’s risk of developing cardiovascular disease by up to 15%. Further studies are needed to establish whether these results translate into long-term health benefits in the general population and whether red raspberries and other foods rich in ellagitannins (such as strawberries, pomegranate or nuts) should be included as part of a healthy diet to help prevent cardiovascular disease.