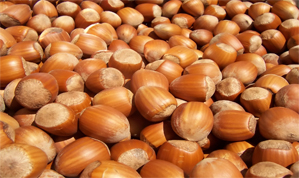 Turkey earned around $1.88 billion by exporting more than 235,000 tons of hazelnuts in the last 12 months, the hazelnut exporters’ association said on Sept. 5.

Sevinç said most of the hazelnut exports were made to the EU countries as it was in the previous years. Turkey is the world’s largest exporter of hazelnut.