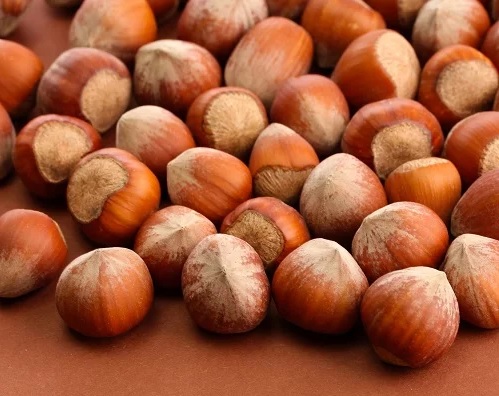 In the Black Sea Region of Turkey where hazelnuts grown, in Irrigation Year 2017/18 there was a normal level of rain, though less than last year, so yields are expected to be only slightly impacted. Some diseases in Samsun Province, hail in July in Sakarya province, and too much rain in August 2018, adversely affected the yield. On August 8, 2018 there was a flood due to heavy rain in Ordu province where a lot of hazelnuts are grown. The hazelnuts that had been already harvested in the first week of the harvest and left for drying were destroyed. Reports indicate that many hazelnut trees were also affected by the flood and the storm. This will hurt next year’s yields in Ordu province. Post forecasts hazelnut production at 600,000 MT in MY 2018/19, down from 700,000 MT last year.

Although hazelnuts are grown in more than 48 provinces around Turkey, production is primarily concentrated along Turkey’s Black Sea coast. Hazelnut orchards are typically located within 30 km of the coast. In the western Black Sea area, the growing region starts from Zonguldak (east of Istanbul) and extends east along the entire Black Sea and the mountains until close to the Georgian border. There are approximately 500,000 producers and 4,000,000 people directly or indirectly employed by hazelnut production in Turkey, on an area of 650,000 -700,000 hectares.

The Black Sea region is divided into three distinct growing areas: (1) The hilly region from Ordu to Trabzon, centered around Giresun, and east of Trabzon including Rize which in a normal year produces about 55 percent of the crop, (2) The flatter, mixed farming region west of Ordu to Samsun, which produces about 15 percent of the crop, and (3) The area west of Samsun, which produces the remaining 30 percent. Hazelnuts require relatively little effort to cultivate and inputs are low. Turkish hazelnuts usually ripen between early and late August, depending on the altitude of the orchard and climatic conditions. Hazelnuts are hand-picked from the trees and dried in the sun. Harvesting takes place during several weeks in August and September. Turkey produces around 650,000 MT of hazelnuts under normal weather conditions.

Both the GoT and private companies purchase hazelnuts from producers. About one third of the exports are carried out by Italian-owned Ferraro Hazelnut Company which also owns the brand Nutella. The company has purchased the largest Turkish trader and its Italian competitor in 2015 and became the largest hazelnut trader in Turkey. Approximately half of all exports are carried out by international companies. Most years, the Turkish Grain Board (TMO) purchases and stocks hazelnuts on behalf of the GoT. In addition, the Union of Hazelnut Agriculture Sales Cooperatives (FISKOBIRLIK) also purchases and stocks them to keep prices stable. Note that USDA does not maintain a Production, Supply and Distribution table for hazelnuts.