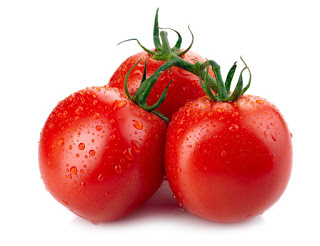 53 municipalities from Michoacan stand out for their tomato production as they produce more than 223 thousand tons of this product on nearly seven thousand hectares.

According to Francisco Huergo Maurin, head of the Michoacan’s Secretary of Rural Development and Agricultural Food (Sedrua), even though Aguililla is the municipality with biggest cultivated area, Tanhuato and Yurecuaro achieve a greater production, as they have modernised their agriculture with, for instance, macro tunnels and greenhouses.

Huergo Maurin said Michoacan was the second largest tomato producer in the country thanks to the producers, who have worked hard to position the state, and their good practices.

He also said that Aguililla cultivated this product on 689 hectares where it produced more than 14,919 tons; while Tanhuato had 484 hectares devoted to this product and achieved 33,386 tons; and Yurecuaro had 532 hectares cultivated and obtained a production of more than 24,546 tons.

It is important to note that between January and October 2016, the value of exports at the national level was 1,742 million dollars, i.e. 15 percent more than in the previous year.

In one year, the sale of the fruit increased by more than 200 million dollars, which placed the Mexican tomato as the country’s second most exportable product.

About 99% of Mexican exports are destined to the United States, Canada, and Japan (source: Atlas Agroalimentario 2016).

The nongovernmental representative of the Tomato Product System, Alfredo Esquivel Ramirez, stated that the United States was one of the countries that consumed the most Michoacan tomatos.

Greenhouse and macro tunnel crops account for about 20 of the total cultivated hectares, the remaining 80 is made up of open field crops.

He also stated that Michoacan had more than 50 varieties of tomato, among which the most common are the Cid, Rafaello, 14-40, Elephant, Cherry, Saladet, pear type, standard ball, and big ball varieties, just to mention a few.

Esquivel Ramirez, said that there were also regions that were dedicated to this crop, such as Yurecuaro, Tanhuato, Vista Hermosa, and the municipalities near La Piedad that produce more than 100 thousand tons of this product each year, and that had helped position the state as one of the main producers.

In addition, there are greenhouses in the Bajio region in the municipalities of La Piedad, Copandaro, Huandacareo and the Eastern area of the Morelia-Queréndaro Valley which have an approximate production of 30 to 40 thousand tons, and in Tuzantla that produces approximately 10 thousand tons per every 1,500 inhabitants.