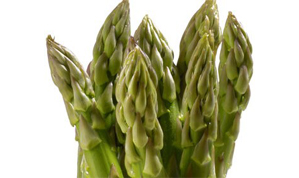 Frost, heat, dryness: The weather was challenging for producers of asparagus this year. Nevertheless, they are able to look back on a good season, as the volumes are above those of last year.

The asparagus harvest is over in most places. Although there are no definitive numbers as to the volumes yet, it is already becoming clear that this year’s season was a good one. Almost 790 tons were harvested according to data from the Swiss Central Department of Vegetable Cultivation and Special Cultures. More than 120 tons more than last year. What’s striking: Although green asparagus is usually dominant in Swiss cultivation, this year was the first year that more white than green asparagus was produced. Reason for that are the frosty nights in April, which harmed the aboveground green vegetable significantly, while the white varieties which grow underground were mostly spared.

Almost no problems with diseases

Raphael Peterhans, manager of the asparagus farm Rafz ZH is mentioning a good or even great season. “We started off really well. We were able to begin harvesting almost two weeks earlier than usually, and the weather has been warm and dry. Which was ideal,” says Peterhans.

In the second half of April, temperatures dropped and more nights of frost damaged the green varieties. “We were not able to harvest for two weeks.” Quality issues arose. Towards the end of the season, the vegetables suffered from the high temperatures. “Anything above 25°C is critical.” Generally speaking, the producer from Zurich is pleased: The sunny and warm weather made the asparagus sprout, dryness made harvesting easier – not like the wet last year. But Peterhans had to irrigate the fields once to make sure the asparagus would not stay thin. “In previous years we didn’t have to irrigate until after the season.”

The dry and warm weather made production easier: “The disease pressure was low,” says Marius Brupbacher from Oberstammheim ZH. “And the quality was above average throughout the whole season. We did not have any complains,” Brupbacher says excitedly.

Asparagus marketer Jürg Weber, CEO of Landi Hüttwillen und Umgebung, is happy with the 2017 season as well. The early start at the beginning of April was ideal, as the appetite for asparagus is especially high in spring, Weber claims. Starting from the second week of May, sales slowed down a little bit. Weber attributes this to the warm weather. Consumers prefer to eat other vegetables in the heat.

Producer Brupbacher reminds the industry to be cautious. This year, lots of the product had to be marketed in special sales. He therefore believes that the production area cannot be increased arbitrarily as it was in the last years, since saturation is becoming more and more apparent.