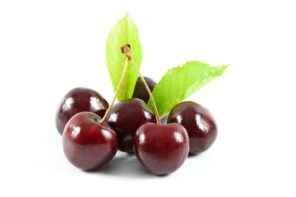 South Africa has a very short cherry season which is very difficult to predict, but coming just before Christmas, there is the opportunity for growers to earn good returns in these few short week.

“Cherries were disappointing in terms of volumes this season,” explains Roelf Pienaar, Managing Director of Tru-Cape Fruit Marketing, a company better know for their topfruit production. “We were around 50% down on last year. This was due to climatic conditions and was the same throughout the cherry industry.”

The cherry acreage in South South Africa is expanding, with a lot of new planting starting in the Western Cape. Traditionally cherries were grown in the Free State in the central of the country, but now growers are planting more volumes in Ceres.

“Nice new varieties are being planting which is exiting and bodes well for the future. Varieties such as Royal Dawn, Rainier and a lot of Sweetheart are being planted.” according to Roelf. “Land is not easy to come by in the Cape, but Ceres is the perfect area for growing cherries and it is also possible to slightly lengthen the season by planting there. Although last year’s production was not great, returns were good for the growers.”

Tru-Cape are one of the biggest topfruit producers in South Africa and although cherries are less than 1% of their business Roelf finds that it adds a nice extension to the offering and fits well into their customer base.

“We have a good customer base locally and only started to export a couple of years ago, but most of the cherries still go to the domestic market. There is a good demand as they come onto the market a few weeks before Christmas. It is a short window and you have maximise that.”

Topfruit season
It is still too early to predict apple volumes, but according to Roelf it is looking similar to last season. The early pears have started and Golden Delicious apples will start in the next few days.

“The exchange rate is not in our favour at the moment, it will be challenging but anything can happen economically and politically so you never know.”

Africa has been a growing market for South African apples and will remain important. There has been an increase in the oil price which is good for for sales especially in Nigeria and the rest of Africa where Tru-Cape is strong. The biggest concern when trading with African countries is the credit risk, and ensuring you have proper finacials & debtor controls in place. We are well represented in 103 countries around the world.