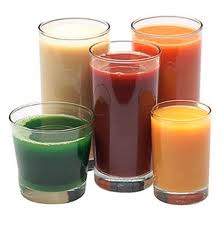 Overseas sales of U.K. juices reached an all-time high of £65 million (US$99 million) last year, according to a government release.

Juices are now shipped to 96 countries with exports to well-known fruit-growing nations including Spain, Italy, Brazil and the U.S.

Apple and orange juice were among the biggest international sellers totaling £35 million (US$53.3 million).

The demand for British fruit and vegetable drinks has soared by almost 40% since 2010 making the U.K. the fourth biggest juice exporter in the European Union, according to the statistics from the U.K.’s Department for Environment, Food & Rural Affairs.

“It’s testament to the can-do attitude of our UK juicers that they’re selling orange juice to the likes of America and Spain, countries famed for their orange production,” says Environment Secretary Elizabeth Truss in the release.

“This dramatic rise in demand for UK juice fruit and veg (sic) is fantastic news for our growing economy, with 96 countries worldwide now enjoying our juices there’s potential for industry to drive sales even further.”

English fruit juice and cordial company Belvoir Fruit Farms is one such success story, having seen exports increase by 60% between 2013 and 2014 totaling £2.6 million (US$3.9 million).

“Export sales worldwide are becoming increasingly important to the Belvoir business, driven by our signature elderflower presse which still makes up the largest proportion of all our global sales and is soon to be our number one product in the U.S.

“Naturalness, organics and great taste are very important factors for consumers across the world and Belvoir can tick these boxes.”