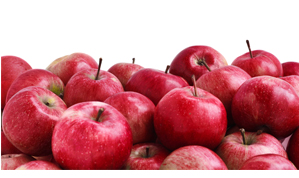 Considering the many different types of apples seen at farmers markets and supermarkets, it may be hard to believe that apple trees are not as diverse as they should be. But it isn’t the fruit-bearing part of the apple tree that’s the problem, it’s the apple tree’s rootstock.

Most of today’s commercially produced apples are from trees that were bred in two parts—the fruit-bearing scion that makes up the higher branches and tree tops, and the rootstock that forms the roots and lower trunk.

Most of those rootstocks are bred from “Malling 9.” Plant breeders at the East Malling Research Station in Kent, England, categorized Malling 9 for the first time in 1912. U.S. growers and others have widely adopted Malling 9 because it’s very productive and has important traits. That means most of our apple trees have roots that are derived from trees that grew as far back as the 17th century. “That’s really ancient technology,” says Gennaro Fazio, a plant geneticist and apple rootstock breeder with the Agricultural Research Service (ARS) in Geneva, New York.

When all trees grow on the same rootstock, it can make them all susceptible to the same diseases and pests, which can evolve, adapt and infect trees and tree roots that were previously immune. Malling 9 has never been very good at resisting diseases and pests, Fazio says.

ARS scientists brought back some trees from Kazakhstan in the 1980s and 1990s. Fazio crossbred some of the Kazakhstan rootstocks with rootstocks he had previously developed. He is screening 50 new apple trees by exposing them to some of the most destructive pests and diseases.

He also has shipped some of the new rootstocks to commercial orchards around the world so they can be evaluated for different diseases, pest, soils, climates and rainfall patterns. Results so far show the Kazakhstan rootstock to be remarkably resistant to diseases and pests when it’s grafted to make trees producing Fuji, Gala and Golden Delicious apples, to name a few.

It takes years to develop quality apple rootstocks for commercial release. The key to apple breeding is ensuring a variety of quality rootstock is ready for apple producers when needed, and ARS scientists are doing just that.