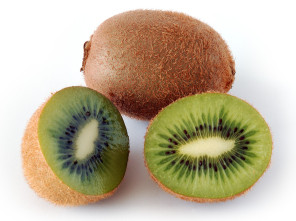 COMPARTIR IMPRIMIR ENVIAR POR E-MAIL
Europe is harvesting fewer kiwifruits this season. Italy and Spain report considerable losses. By contrast, Greece claims to have had a good season. It is these countries that dominate the market, along with France. Later, Chile and New Zealand will follow. The former expects an early start, while the latter is waiting to evaluate the consequences of the extreme weather. In the meantime, China is a permanent growth market for exporters. California is optimistic. The harvest is slightly larger and prices are stable.
New Zealand: Weather makes season challenging
It was too hot in the Tauranga region, in the north of the northern island. In 2016, the average temperature increased. The number of hours of sunshine, however, was disappointing, as was the rainfall. Spring was difficult for the growers, especially for those around Pukehina, who struggled with drought. They are hoping for more rain.
Last year, the Hayward production reached 92.6 million trays, while the organic Hayward stood at 3.94 million trays. Moreover, there were 46.8 million trays of SunGold. In the field of exports, there is rising demand from China. Last year, Zespri exported 50% more fruit to this market. These growth rates are not exceptional. In recent years, the Chinese market has been growing by 20 to 30% per year. The demand for the SunGold is also doing well. The Japanese market, traditionally the cornerstone of exports, also showed growth. In general terms, there was growth in most South East Asian markets, including South Korea and Taiwan.