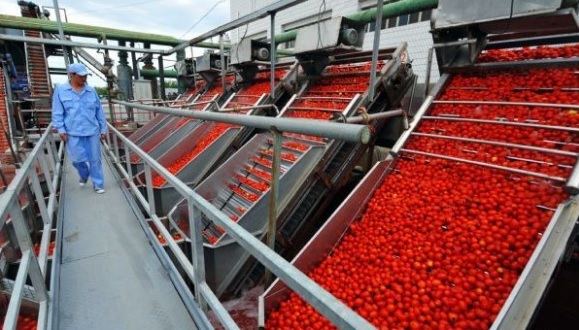 China has been one of the worldwide industry’s main players in recent years, but it is currently sharply reducing its processing capacity and, consequently, the volumes that it intends to process during the 2018/2019 season.

According to information published by the Reuters Agency and confirmed by local sources, Cofco Sugar (previously Cofco TunHe) is said to have already relinquished 38.89% of its shares in tomato processing operations to investment companies, for an amount of some RMB 270.9 million (USD 42.6 million). A further 27.78% of its shares are reportedly for sale, with Cofco Sugar currently seeking buyers, which would take the total percentage of sold shares to 66.67%. COFCO Tunhe Sugar Co Ltd announced an 82.5% increase in its net results over the first term (compared to results for the same period the previous year).

Some information sources indicate that four Chalkis processing plants have been sold off, three of which were used to manufacture bulk products in the Xinjiang region, and one of which is a canning factory located in Tianjin. These plants are said to have been lying dormant for several years. This information corresponds to reports that contract volumes are likely to be sharply reduced this season, with the question remaining of how many plants – if any- Chalkis will use to process this year’s harvest.

At latest news, the Chinese industry has downscaled its production intentions from the 4.9 million mT announced on 30 March to 3.8 (or 4.1, depending on sources) million mT as of 1 May. Replanting started around 15 April, with planted surfaces expected to cover 63 000 mu (42 000 hectares). These figures remain to be confirmed.

With this drop, worldwide dynamics as a whole have shifted. In the current situation of processing intentions gathered by the WPTC, the worldwide targets now stands at only 35.9 million metric tonnes, which is more than 1.8 million mT (-4.9%) below the final result of the 2017/2018 season (37.797 million mT). If this result is confirmed, it will be the lowest since the 2013/2014 season, during which 33.2 million mT of tomatoes were processed. In this event, the AMITOM (15.76 million mT) would retain its leading position in the distribution of volumes processed around the world, accounting for 44% of operations worldwide, despite the 687 000 mT (-4.2%) decrease recorded throughout the region for the coming harvest. With processing prospects up by 1.44 million mT (+13.9%) to 11.81 million mT, NAFTA countries, with California at their head, would account for 33% of this year’s production worldwide. According to the information available as of 1 May 2018, all the other processing regions, notably China and South America (Brazil, Argentina and Chile) are expected to process 8.375 million mT altogether, accounting for 23% of the world’s total for 2018/2019.