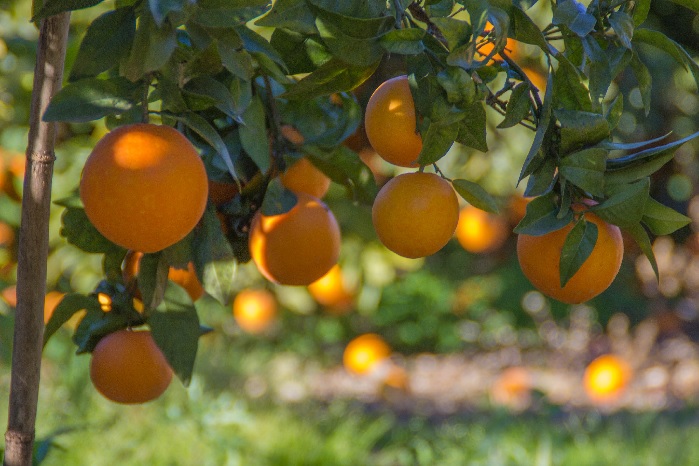 Italy is the second largest European orange producer after Spain. Sicily and Calabria are the main orange-producing areas, accounting for 59 and 22 percent of total production, respectively.Tarocco, Moro, Sanguinello, Naveline, and Valencia are the leading orange varieties grown in the country.

More over, Ippolito and Melicultivars are gaining popularity. Italy’s marketing year (MY) 2017/18 orange campaign is forecast to be exceptional from a quality standpoint, despite a 10 percent production reduction due to the summer drought that affected the Italian peninsula. However, beneficial rains that occurred at the end of September in the main producing regions helped mitigate the drought effects. Calibers are expected to be medium.

Italy’s MY 2016/17 orange production recovered from MY 2015/16 thanks to rainfall in September and October 2016 that proved particularly beneficial for fruit calibers and quality that is reported to be excellent. Furthermore, the introduction of new varieties and rootstocks of great quality enabled Italy to extend the production calendar. 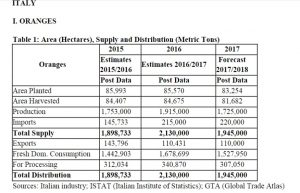