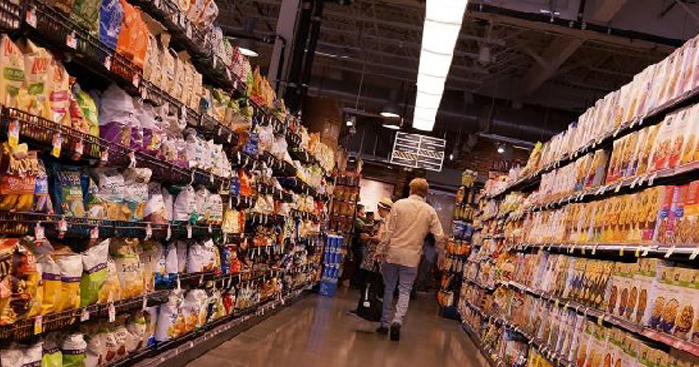 Sauces, Dressings and Condiments:There are two main trends in this sub-sector: brand penetration and innovation in products and product packaging. Consumers are buying more branded products based on uniform quality at reasonable prices.

In general, Colombian consumers are loyal to traditional brands and demand healthier products like low fat sauces such as canola and olive oil mayonnaise and sauces for Asian food preparations like soy and teriyaki sauce and BB-Q sauce for ribs. The leading company in this category of branded products is Unilever followed by Quala Colombia and Nestlé.

Canned / Preserved Food:This category of food product is increasing in popularity due to urbanization, income shifts and convenience. For canned goods, Colombians are primarily consumers of canned tuna, but the market for other canned / preserved products, such as beans, tomatoes and soups is expanding. The leading canned/preserved food company is Seatech International.

Frozen Processed Food:Urbanization and dual income households have significantly expanded the market for frozen meals, meat, fruits and vegetables.Most preferred products by consumers are frozen processed potatoes, frozen ready to eat meals, frozen pizza and frozen vegetables. There is a cultural stigma that frozen food is less flavorful and has a lower level of quality than fresh alternatives; nevertheless, that misperception is gradually diminishing with expanded promotional events and activities. Market opportunities for these products are mostly for the institutional sector and also target to single-person households.

Dairy:Colombian imports are mostly cream, whey protein, milk powder and other product ingredients, such as casein.Domestic consumption of dairy products has increased due to promotional efforts that appeal to changes in consumption patterns as a result of urbanization and income shifts. In addition, innovation in packaging has benefited dairy product consumption.Colombian milk production reached 6.8 million liters (1.8 million gallons) in 2017; however, this sector is mostly informal. The dairy manufacturing sector in Colombia includes domestic and multinational companies, such as Nestle, Parmalat and Danone, and domestic brands Alpina, Colanta and Alqueria.

Bakery:Bread consumption per capita is still low at 24 kilograms (50 pounds), compared to other Latin American countries, such as Chile (98 kilograms / 216 pounds), Argentina (82 kilograms / 180 pounds) and Uruguay (55 kilograms / 121 pounds). There is a perception among Colombians that bread is not very nutritional and is related to weight gain.In addition, there is a lack of innovation in the bakery sector, although high-end, gourmet bakeries have increased in popularity where most ingredients are sourced internationally.

Typical bakeries are small, family businesses, which manufacture about 40 percent of bread production throughout the country.There are over 12,000 traditional, small bakeries in Colombia’s major cities, according to the latest sector survey.Although only 20 percent is sold by retailers that offer branded and private label products, their market share keeps increasing due to innovation in products and packaging.The branded bread companies include, Bimbo de Colombia,

Productos Ramo, Compañia Manufacturera de Pan (Comapan) and Industrias Santa Clara, among others. These companies produce various types of bread products that differ from traditional bakeries and specialize in buns for hamburgers and hot dogs, in addition to sliced bread, pre-made toast, cakes and brownies. They have launched new products such as artisanal bread and bread with grains and seeds in order to conquer consumers looking for healthier products.

Chilled Processed Food:Chilled meat and poultry products are more in demand by urban consumers.According to Euromonitor, most of the Colombian chilled processed food market is in processed meats or poultry and a minor share for chilled ready-to-eat meals; however preference for chilled processed food has always been higher than for frozen products. Chinese and Italian preparations are preferred by consumers when buying ready-to-eat-meals decision arises.The Colombian firm Grupo Nutresa leads in this category with 60 percent market share. Oils and Fats:Colombia is a major producer of palm oil. Olive oil as well as rapeseed oil has shown growth in sales due to consumer increasing preference for healthier oils. Team Foods Colombia leads the sector offering soybean, sunflower and olive oil.

Confectionery:The confectionery industry is an economic engine in Colombia, generating more than 25,000 jobs with a strong history of production and exports. The industry regularly sources raw materials from foreign suppliers, including dairy products and glucose.Although the sector has made efforts in order to innovate and offer a greater variety of candies and chocolates, competition from imports are strong. Two domestic firms, Grupo Nutresa and Colombina, lead the sector over multinationals, such Ferrero, Cadbury and Nestlé.

Beverages:The beverage sector is expanding focus on flavored water and teas, emphasizing vitamin fortified juices with less sugar content. Per capita consumption of non-alcoholic beverages is still low at 131.4 liters (34.71 gallons) per year,slightly lower than neighboring countries. The preferred beverages are sodas, with a per capita consumption of 55 liters (14.53 gallons) per year.Women are becoming an important niche market for alcoholic beverages, demanding more sophisticated drinks and flavors. Beer is the most highly demanded alcoholic beverage.Per capita beer consumption is about 44 liters per year (11.62 gallons). The extensive growth of wine sales in Colombia in recent years can be attributed to income shifts and urbanization. Wine sales continue to grow but a slower pace due to higher taxes and strict prohibition on driving under the influence of alcohol.The main wine suppliers still are Argentina and Chile. Aguardiente is the national liquor preferred by Colombians and is only produced by monopolistic public/private ventures in specific regions of the country. The primary source of whisky is the United Kingdom, although consumer interest in U.S. whiskeys and bourbons is growing.