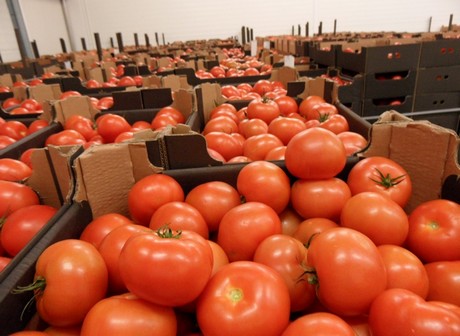 Since Poland’s accession to the EU, the export of tomatoes from Poland has shown an upward trend. In 2004, Poland shipped 44.8 thousand tonnes, while in 2016, this figure already reached 94.9 thousand tonnes. The volume of exports has thus more than doubled. The development of foreign sales has been boosted, among other reasons, by the growth of exports within Europe.

In the period from 2004 to 2010, tomatoes were mainly sold to EU countries (53-90% of the total export volume), especially to the UK, the Czech Republic, Germany and Lithuania. In turn, between 2011 and 2014, most of the tomatoes were shipped to non-EU countries (62-74% of the total export volume), mainly to Russia, Belarus and Ukraine. With the introduction of the Russian embargo in August 2014, EU countries became the main recipient for Polish tomatoes. In 2015, 69% of the country’s total exports went to the EU, while in 2016, this share dropped to 67%.

Preliminary Eurostat data reveal that the import of tomatoes to Poland in the first 11 months of 2017 amounted to 123.7 thousand tonnes, which is 0.7% less than in the same period of 2016.

As shown by these figures, Poland imports a lot more tomatoes than it exports; it is a net importer, both in terms of volume and value. Poland imports most tomatoes from Spain and the Netherlands, although the share of these two countries in the total volume of purchases is clearly falling. While in 2004 it was 83%, in 2016 it was 64%.