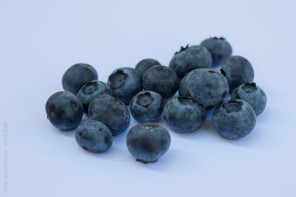 The Association of Exporters (ADEX) stated that Peruvian exports of cranberries and their derivatives, between January and September 2016, amounted to US $93.8 million, i.e. 162% more than in the same period last year.

According to ADEX, the increase was due to Peru’s climatic conditions, which provide the country with an important trade window between September and October, and also thanks to the global trend to consume more healthy products. Cranberry exports accounted for 99% of exports and amounted to US $ 93.4 million (a +543% surplus when compared to the US $ 35.7 million achieved between January and September 2015).

Orders for cranberry juice and cranberry preserves accounted for the remaining 1%. Peru exported its cranberries to 27 foreign markets. The main market destination was the United States, which purchased US $57.8 million, which accounts for a 61.7% share and a 150.4% increase in purchases. The Netherlands made purchases for US $17.4 million, the UK for $11.1 million dollars, and Hong Kong for US $ 2.2 million. Other countries among the top 12 destinations that had dynamic purchases were Canada (4.295.4%), the UAE (2.495.4%), Germany (2,372%), Thailand (2.074.1%), and Colombia (1.374%). The main exporting companies in the first nine months of the year were Camposol SA, Tal SA, Hortifrut-Tal SAC, and Agrícola Santa Azul SAC