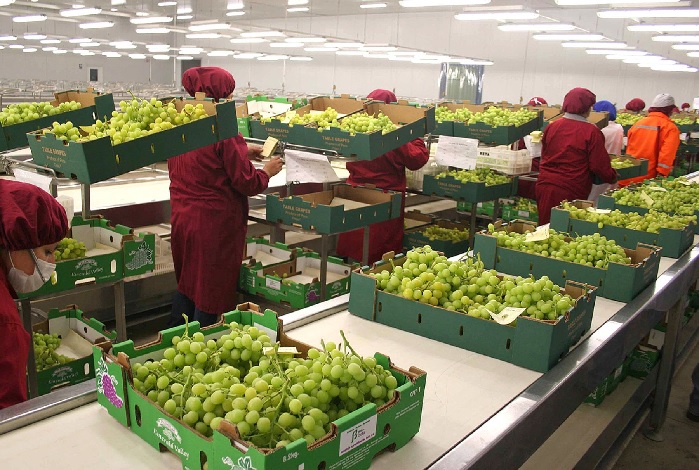 Growth was mainly underpinned by greater shipments of non- traditional products, whose export value increased by 13% in said period.

Between January and August, traditional agricultural shipments reached US$339 million, thus accounting for 9% of total agro-exports.

On the other hand, the non-traditional secto achieved a 13% growth, going up from US$2.90
billion in 2016 to US$3.266 billion this year (durin the Jan-Aug period). Said shipments made up 91% of total agricultura sales.

Goods such as avocados, grapes, asparagus mangoes, citrus fruits, Cavendish Valery bananas
cacao and quinoa as well as animal feed stood out in this sense.

Lastly, Peru had an accumulated trade surplus o US$524 million during the first eight months of 2017 In the analyzed period, total exports amounted t US$3.605 billion, whereas imports reached US$ 3.08 billion.