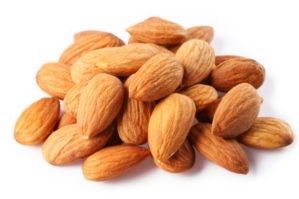 The main strength of the economy of Gilgit-Baltistan (GB) depends largely on dried fruits and agriculture, and is famous worldwide for its almond, apricot, cherry and other dried fruit production. But, the most popular crop of Gilgit Baltistan is the almond.

Gilgit Baltistan produces about 120,650 tons of almonds per year. And, farmers of GB could earn billions of rupees through almond exports. Tons of almonds, which are transported between Gilgit and other parts of the country by road, take several hours to reach their destination.

Muhammad Alam, a trader of almonds from Gilgit to other parts of country said that “The business community of the area believes that as the aviation industry has become advanced globally, the government should invest in modern facilities so that the issue of flight cancellations can be overcome.»

He hopes that this can help prevent the loss of billions of rupees worth of fruit which do not make it through their journey, due to complications.

Muhammad further said that, “Flights at least twice a week between Gilgit and the Xingjian province of China, along with an air cargo facility, would not only promote Pakistan-China trade but would also provide access to new markets.