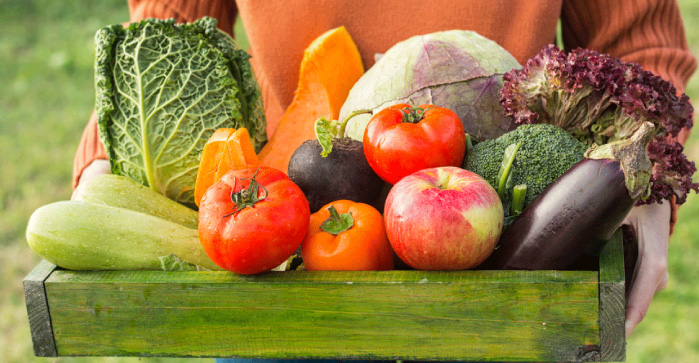 Year-over-year organic produce sales continued with a strong showing in quarter two of 2021, overcoming the reopening of restaurants, which drove down conventional produce sales from the same period a year ago, to post a 4% increase, according to a report from the Organic Produce Network.

“I think it is encouraging that even though consumer purchases of conventional produce were lower than quarter two of 2020, organic produce continued to generate growth,” said Steve Lutz, senior vice president of Insights and Innovation at Category Partners, which compiled the quarterly report for the Organic Produce Network.

“Bottom line, we are going to start returning to a little more normalcy as we go forward,” said Matt Seeley, CEO of Organic Produce Network. “The numbers now reflect us coming out of last year’s pantry loading when people were doing more cooking at home.”

The quarter two report comes after a sensational year-over-year growth rate of 9% in organic produce sales in quarter one of 2021. But those numbers were heavily skewed by COVID-19, according to Lutz, who said the absence of competition from restaurant sales drove up the retail numbers.

“I think the takeaway [from the quarterly reports] is that the growth of organic produce retail over 10 years has consistently been at a higher rate than conventional. And that was true during the pandemic and it remains true coming out of the pandemic for the last two reports,” Lutz said.

At the heart of the steady increase, sources said, is ongoing consumer preference for organic produce, a preference amplified during the pandemic and in its aftermath, when health concerns continue to drive consumer food purchase decisions.

“During this time, peoples’ health is at top of mind,” Seeley said. “It is very front-and-center, and organic fresh produce has some tremendous attributes as it relates to providing consumers and mothers who are trying to feed their kids and their families healthy, nutritious food options. Organic fits that bill very nicely.”

“I think eating habits changed as a result of what we experienced last year, and some of those habits are persisting into this year,” said Chris Schreiner, executive director of Oregon Tilth, which provides organic certifications to farms, handlers and distributors across the U.S. “More people are cooking at home, starting with fresh ingredients and kind of rediscovering the joy of cooking with fresh flavors.”

The quarter two report showed U.S. sales for all organic produce sectors totaled just under $2.3 billion, up 4.1% in dollars and 0.2% in volume from the same quarter a year ago. Meanwhile, conventional produce saw dollar sales decrease by 3.3% in quarter two and saw volume fall by 8.6% compared to the same period a year ago.

One interesting nugget in the quarter two report is that for the first time, berries overtook packaged salads as the number-one organic category in dollar sales. Year-over-year berry sales increased by 19% in the second quarter, with volume up 16% during the same time frame. Total organic berry sales topped $435 million for the quarter.

Looking forward, Lutz sees no reason for organic sales to stop their growth and believes they will continue to increase at a higher rate than conventional sales.

“I think they will for a couple of reasons,” he said. “One is the cost differential continues to come down. Producers continue to get better and more competitive, and so, what we are continuing to see is the price gap, the premium that organic carries over conventional, is narrowing. And as that price premium narrows, more and more consumers will make that jump.

“And the second piece is continuity of supply,” Lutz continued. “Retail stores can’t live with sporadic supplies. They have to have the same product at the same price and the same quality and run it, maybe not for 52 weeks because of seasonality, but they have to run it consistently. They just can’t deal with variations in supply and variations in pricing.

“So, what we are seeing is that as organic becomes more prevalent and it is more widely available, the consistency-of-supply issue gets solved, the price premium comes down, and both of those make the produce more attractive to the retailer for an ongoing item to slot in their store that they can permanently give space to on a retail shelf,” Lutz said.

“This is a long-term trend in the area of growth in the food market,” Schreiner said. “I think there is a growing awareness of healthy food as preventative health care. And I think, secondly, there is this kind of larger sense of community and environmental health that is helping drive sales.

“So, I think it is a combination of both of those factors that is motivating peoples’ choices,” he continued. “And I think as more food operations get into organics, that will drive public investment and public resources into figuring out how to make this food system work as well as possible.”

“If you look at consumer research, what you see consistently is that organic is perceived to be superior to conventional by the majority of consumers in almost every way except one, and that is cost.” Lutz said. “And that higher cost remains a barrier.

“For the majority of consumers, if they could switch to organic and the cost barrier is not insurmountable, they will make the switch,” he continued. “That is what the long-term trend has shown is that consumers are looking for ways to make that switch, and it is really just a question of is the price premium too high, or is the product in some way different from the conventional alternative that they are used to buying.