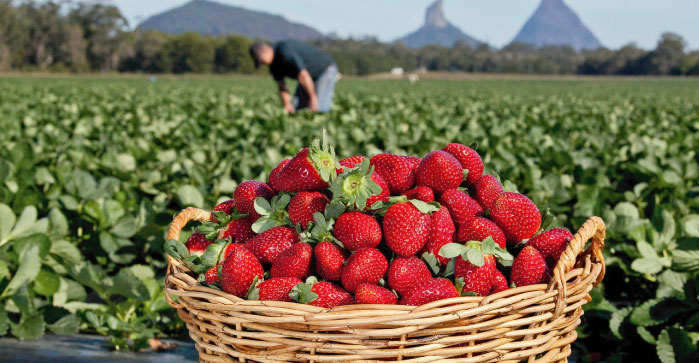 Supermarkets are selling strawberries this week for between $2.10 and $4 a punnet, but these prices are expected to rise because it is near the end of the season and rain has damaged the crop.

Foodstuffs NZ corporate affairs manager Emma Wooster said weather affected the price and availability of produce. She said with the flush of the season passed, and rain making strawberries susceptible to quality issues, “price is likely to be impacted soon”.

“There has been so much rain, more than I have experienced in over a decade, and this was not the right conditions for strawberry plants to thrive.”

But he was pleased with the quality and sweetness of the berries already harvested, and said he had more than 100 staff working in the pack house now.

There is more fruit on the domestic market than usual, which could limit the extent of price rises. Export volumes have dropped because of higher Covid-related freight costs , Strawberry Growers New Zealand executive manager Michael Ahern said.

Ahern said plant numbers were down by about 9 per cent this year and last because growers did not have enough pickers and had cut back on export operations, he said.

Technology is helping to get fruit off the trees in an otherwise difficult year for growers.
But the rain was the “biggest pain in the neck”, he said, and to cover the crops was too expensive for most growers.

But Ahern said that there was a “slight drift” to indoor crops because this was easier on staff. He said the picking and maintenance of crops in troughs at waist height or higher gave better conditions for seasonal workers.

About 65 per cent of strawberry farms are in greater Auckland and Waikato is the next biggest region making up 15 per cent of growers.

For Canterbury blueberry farm Blueberry Bliss, the weather had been spot on, Don Babe said. They had plenty of rain in October, which helped to get the plant roots down to water.

“We had children from a childcare centre here the other day, and they were eating handfuls of berries, it was lovely to see,” Babe said.

“The season is good, because it is not too hot, which would make the berries split.”

The farm has about eight tonnes of blueberries picked annually which are sold direct to the public.

New Zealand’s raspberry crops are mainly grown under plastic or glass tunnels and are not particularly vulnerable to unseasonal weather.

But experienced grower Dermott Malley of Maungatapere Berries said too much sun meant the raspberries under plastic tunnels could get too hot, although that had not happened this season.

He works to increase the yield by harvesting twice a year.

“We have a dual cane system operating now, so we crop the top of the cane and leave the bottom and then harvest the bottom part of it in autumn,” Malley said.

Raspberries can now have two flushes by cropping the cane twice, making the season longer than it was traditionally.
But labour and freight costs had been increasing, he said, and as for strawberries, the market price has not gone up enough to match the rising costs.

“We pay workers the living wage and give bonuses and this makes for a good work culture and this year we have managed to get the staff we need,” Malley said.

Malley is developing his blackberry crops which are next to ripen, and said the market for blackberries is growing.

Flowering was good, and the picking has just started, he said. But like other berry grower, he would like to see more sun and less rain..

“Harvesting in the rain is not good, and it is not good for the fruit,” Raine.

New Zealand supplies 50 per cent of the world’s boysenberries. The climate of plenty of sun and enough rain suits them. Raine said the sea influenced climate is also good for berries. Most of the berries are going into frozen products and as ingredients for food products.

“Demand is very high now and this is partly due to the upsurge in people focusing on keeping healthy in the Covid environment,” Raine said.