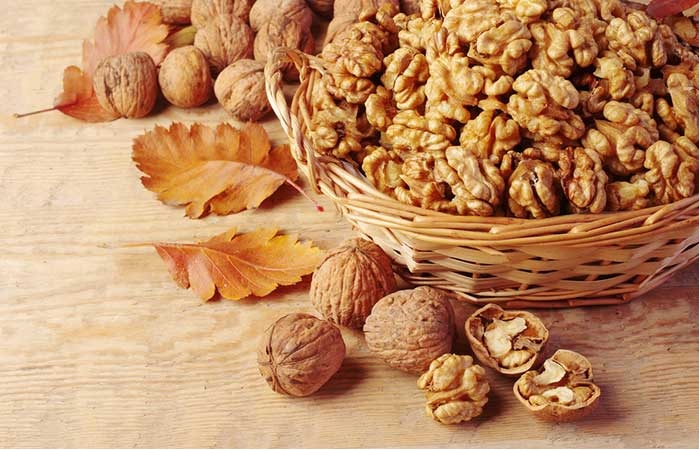 The West Coast weather seems to have had an effect on the current walnut crop.

“This year, the overall the crop tonnage is maybe 10-15 percent less than last year,” says Primavera Marketing Inc.’s Rich Sambado, of the California-grown walnuts. “It was mostly weather in the sense that we had a hot summer and a hot August. It didn’t cool off in the evenings as much and the walnuts, with excessive heat and warmth in the evening, tend to sweat and that can change the meat to a darker meat.”

Yet, demand continues to be strong for the popular nut. “Demand in walnuts is basically worldwide—they’re heavily exported,” notes Sambado, though one variety of the walnut, the Chandler, is slightly behind in sales. “Chandlers produce more halves—not just halves and pieces—and that generally calls for premium product. But also there aren’t many halves markets for buyers so we’re a little behind on the sales of halves,” he adds.

Pricing has been relatively strong on nuts for some time though. “Pricing has been fairly high for the past two to three years. We walked into a marketplace in September with a pipeline that was fairly empty from the previous crop so pricing was quite high and movement was terrific,” says Sambado. More recently though that market has seen a change. “The market strengthened in November through early January but now it’s corrected itself in the past six weeks and has softened a little bit,” adds Sambado. Yet, as the season moves on and other grades of walnuts are becoming increasingly limited, the price spreads from low grades to premium grades are also tightening.

Looking ahead, as with most commodity producers, Primavera has an eye on the incoming weather. “We’re coming off a warm winter here in California and are now dealing with frost the past few days so we’re getting these cold temperatures almost too late and unwanted,” he says. “Buds are breaking and blossoms are coming out on other crops besides the nuts. The warm winter is never welcomed. It’s more beneficial to have a cold winter and a better dormant season.”

California growers are also keeping an eye on other factors that could shift things—namely, the entrance of nuts from the Southern Hemisphere or the cold weather California is experiencing and its effect on competing commodities.