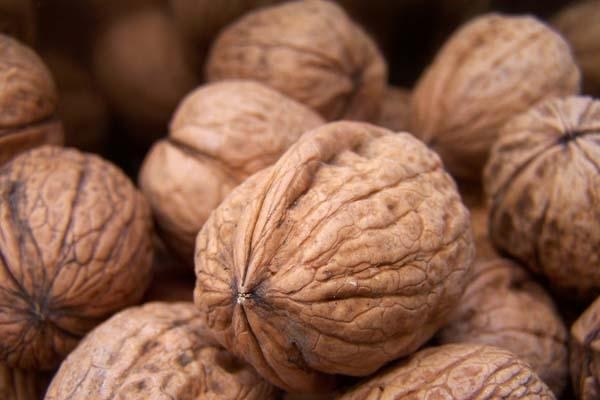 China’s in-shell walnut production is forecast at 850,000 metric tons (MT) in marketing year (MY) 2018/19 (September-August), a decrease of 15 percent from the previous year. Yunnan, the country’s largest walnut producing province, is recovering from frost damage in MY 2017/18. A heavy snowstorm that struck northern China in early April caused widespread damage among the walnut crops in the major producing provinces of Shanxi, Shaanxi, Henan, Hebei, and Gansu. As a result, walnut production in these provinces is likely to fall by 30-80 percent from the previous year.

The walnut sizes are generally large and fruit are quite full in snow-hit regions. Walnut production in Xinjiang Uygur Autonomous Region (Xinjiang), the second largest walnut producer in China and located much further to the West, is expected to remain unchanged from last year.
Walnut acreage is estimated at 300,000 hectares in MY 2018/19. Although the total crop area is still expanding in Xinjiang and Yunnan, the rate of expansion in those provinces has slowed down. Walnut production is scattered across more than 20 provinces and over 50 percent of walnut acreage is on hills and mountains, so the average yield is quite low at 2.3 MT per hectare. As the world’s leading walnut producer, China’s walnut production is expected to see continued moderate increases in the foreseeable future as new plantings begin to bear. Although numerous walnut varieties exist in China, very few compete with popular varieties such as Chandler, Serr, and Hartley which feature a light-colored kernel without a bitter taste.