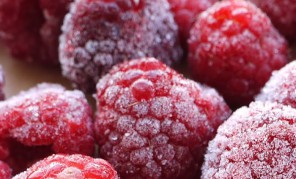 In terms of value, the global IQF fruits market is anticipated to expand at a CAGR of 6.5% during the forecast period and is expected to account for   US$ 14.8 Bn by 2026 end. Among all products in the frozen food industry, IQF fruits are projected to be the fastest growing segment over the forecast period (2016–2026) according to MRRSE.

“Blueberry is projected to be the fastest growing segment of IQF fruits over the forecast period, due to the rising demand for frozen blueberries from bakery and confectionery industries in various region across the globe. Out of the total IQF fruits, strawberry accounts for approximately 45% of the volume and blueberry another 9-11% share.” the report stated.

In the Asia Pacific (excluding Japan) region, IQF Blueberries held the largest market share of 45.0% in 2015. Revenue contribution of the segment to the APEJ IQF market is expected to increase at a CAGR of 10.2% from 2016 to 2026. In the North American region, market share for the blueberry segment is anticipated to fall from 41.2% in 2015 to 33.1% in 2026. This is due to the introduction of new fruit flavours of the products that use frozen fruits. In terms of value, the blueberry segment in Western Europe IQF fruits market accounted for a 51.1% share in 2015. The demand for frozen fruits in these countries arises mainly from baked breads, cakes, smoothies, beverages and other flavoured dairy products, such as frozen yogurt, ice cream, etc.

IQF Blueberry is the most expensive among the four fruits in North America and APEJ, and strawberry prices are expected to overtake blueberry by 2026.