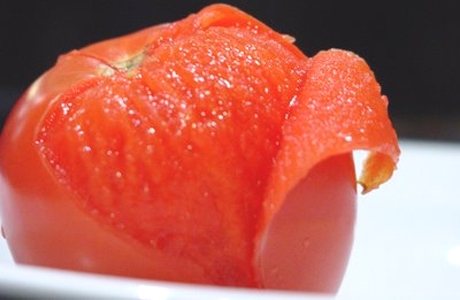 Lycopene acts against the development of tumour cells in the colon. Researchers at the University of Almeria have observed the effect of different types of tomatoes in colon cancer cell cultures.

According to the scientists, any tomato variety prevents the proliferation of colorectal cancer cells at very low concentrations. But the study, carried out in in vitro tests, reveals that the reddest, smoothest and roundest tomatoes are the ones that best prevent their development.

Researchers from the Chemistry of Biomolecules and Food Processes Group at the University of Almeria have confirmed that tomato extracts act against colon cancer. Moreover, they have proven that some varieties act more intensely than others against the proliferation of cancer cells. The study also points out the benefit of olive oil in conjunction with tomato.

In the article, published in the Journal of the Science of Food and Agriculture, the researchers explain how certain tomato compounds, such as lycopene, act against the development of tumour cells in the colon, preventing their proliferation.

“The study confirms that certain culinary preparations of the Mediterranean diet, such as gazpacho or salads, can be excellent allies in the prevention of some types of cancer.”

The scientists have also carried out tests to analyse the effect in cell cultures of tomato carotenoids combined with olive oil. These tests have confirmed their significantly higher inhibitory effects when combined than when acting separately. According to these experts, there are many different compounds with antitumour action in olive oil, such as polyphenols, which add to the effect of the bioactive substances in tomatoes.

It has been observed that while any tomato variety prevents the proliferation of colorectal cancer cells at very low concentrations, the more coloured varieties are more effective, as they contain a higher proportion of lycopene and fatty acids.