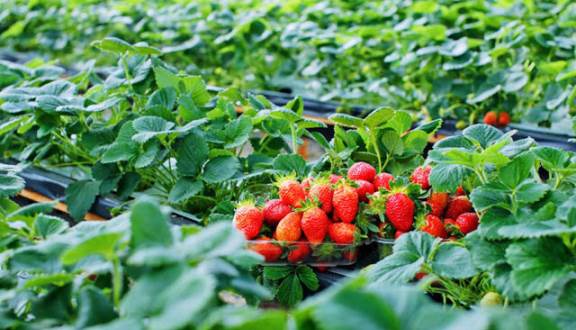 Researchers in Xianyang in China and Kent in the United Kingdom have made interesting discoveries about disease in strawberries.

This will help growers to plant varieties that are more resistant to the disease than previous crops.

The story is the latest in a series of recent developments in British and Chinese agricultural cooperation.

For example, in August, we reported that the humble potato had become the focus of a new and innovative partnership between Chinese and Scottish companies.

In what was hailed as an exciting and innovative partnership between Xisen Potato Group and James Hutton Limited, £3 million was invested by the Chinese firm in a new potato research centre in Shandong province.

It is hoped that the centre will be able to breed new varieties of potato, which are apparently the fourth most important crop in China.

The new varieties will apparently not only be bigger – but also more appealing to the eye.

Just as importantly, however, the new centre will be aiming to research ways in which the resistance of potatoes to pests and diseases can be improved.