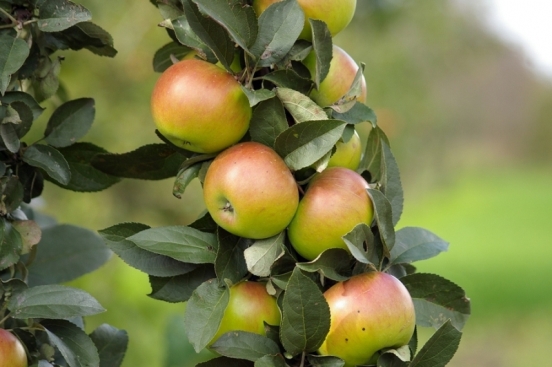 The origins of the modern apple lie with the world’s number one-producing nation of apples – China – and a particular strain of apple found on the eastern ridge of the Kazakhstani Tian Shan Mountains, according to recent findings.

The discovery was made by a team led by a professor from the Boyce Thompson Institute and could not only lead to the origins of the modern apple, but could potentially unlock the keys to its future.

In August, a team of researchers led by BTI Plant Pathology and Plant-Microbe Biology professor Zhangjun Fei – concluded a four year study of the genetic progression of apples in the region with a surprising discovery: the very origin of the domesticated apple, which began as a small, mushy and tasteless breed that, travelling along the famed Silk Road, eventually laid the groundwork for the cultivation of boundless types of apple breeds the world over.

With the new findings researchers will now be armed with a new genetic markers to replace what was once all trial, error and hard-earned knowledge. Scientists and breeders now have the ability to shorten that breeding cycle substantially without the need for the use of GMO technology which, even with its benefits, can totally weird people out.

Now, with a common genome known amongst all types of apples, that process has great potential to not only be sped up, but for traits between cultivars to be immediately identifiable on a genetic scale. This could mean not only bigger or sweeter apples, but apples that last longer in storage, are hardier in the cold or resistant to changing conditions brought on by climate change.

“We can use traditional approaches in a much better way,” Fei said.

So where are we limited? Where’s the ceiling for us today?

“You will never know, for another 10,000 years, what the next apple will look like… people want higher production for more benefit and more profit, right?” mused Fei. “We are sure the flavor and quality of the fruit, and even the ability to store it, will be increased in the future.”