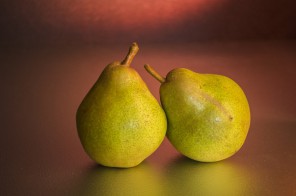 Pear imports into the country are rocketing, with exporters across the globe targeting a growing demand for the fruit in India. According to figures published by the Indian government in 2015, India’s pear consumption has doubled between 2001-2002 and 2015-2016 period, reaching 365000 tonnes and Mumbai is the biggest consumer of pears in India.

Interestingly, India imported 25,266 tonnes of pears during the April-November 2016 period. India’s pear imports grew by almost 35 per cent year-on-year in 2015 at 22,000 tonnes. Put simply, over 3000 tonnes more came into the country in this year in just eight months. Mumbai-based importer Yupaa had received its first-ever shipment of Spanish pears recently.

“Indian Pears are priced between Rs 50 to Rs 150/kg, and the recently introduced BelOrta Belgian Conference Pears, are priced around 100-150 per kg. BelOrta expects to sell 1 million Euros worth of Belgian Conference Pear in India and the USP of this Pear is that it’s seedless, no wastage in the fruit and is consumed completely at any stage of ripening, with an excellent shelf life, and can be stored for a long period,” said Tarun Arora, Director, IG International, a fresh produce importer company in India.

“Pear is now in major demand in the country. With more varieties coming especially from Europe, people have created a particular taste for the fruit. The stocks are being sold in a swift manner and it seems the demand will only increase going forward,” says Ashraf, a fruit retailer in Kochi.