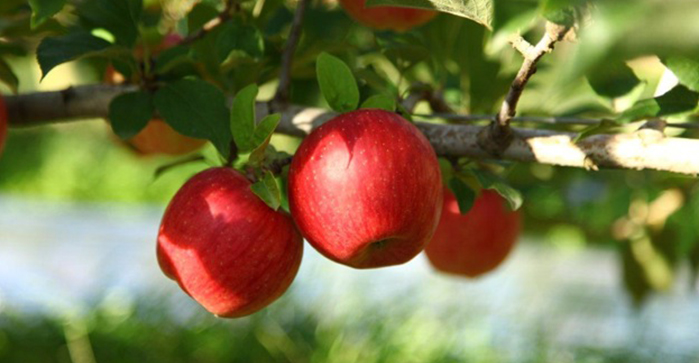 After the cold winters of Kashmir and Himachal Pradesh, the apple yield is now starting in the Kandi belt of Jammu at a temperature of 45 to 46 degrees. The new apple plant developed by scientists has been named HRMN-99. Parent Scientist of HRMN-99 C. Sharma claims that this species of apple can be grown in the soil of any area of the country even in temperatures up to 50 degrees.

In fact, Apple is cultivated only in the winters of Kashmir or Himachal, in which people prefer to eat more apples. But apple production in Jammu is nothing short of a natural miracle. This variety of apples is being grown on a large scale in the gardens of the Sahib Bandgi Ashram of Rajdi village in Samba district. The surprising thing is that in Kashmir where apple is grown only at 20-degree temperature, but in Jammu, apple crop is being grown at 45-degree temperature. More than 500 apple trees have been planted in the ashram.

There is a problem of water scarcity in Kandi area of Samba district. Due to this, farmers have problems in farming. Many times crops do not grow due to lack of water. Scientist K. C. Sharma has told that an apple tree gives about 1 quintal of fruit. The ashram produces about two and a half to 300 quintals of apples every year. I have planted trees of this species of apple in many parts of the country.