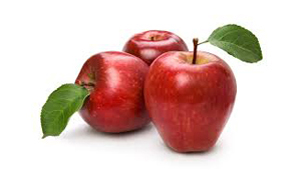 An international team of scientists, including researchers from the Wageningen University & Research Centre are publishing a high quality genome sequence of an apple in the Nature Genetics journal this week. The publication of the genome makes it possible to develop more targeted new apple varieties in a shorter amount of time. These varieties will be disease resistant, have improved product properties and have a better fruit quality. The results support a more sustainable production of apples, from an environmental as well as a financial perspective.

The research on the genome was done by an international consortium of research facilities from France, Italy, Germany, the Netherlands and South Africa. The genome is believed to contain more than 42 thousand genes. This high quality of genome properties was obtained by using the latest genome-sequencing technique. This technique generates long DNA-sequences, with a highly targeted apple variety and is the most informative gene map thus far.

The genome sequence offers new insight into the organisation of apple genes. Ninety-three percent of the suspected 42 thousand genes have already been validated using RNA-sequencing. This knowledge is useful for the identification of genes that have interesting traits. It is also helpful for the development of DNA-based diagnostic tests which can enable the faster cultivation of new varieties.

The use of a so-called dihaploid apple variety was crucial for the success of the study. This variety is a cross-pollinator, and has a heterozygous genome. Furthermore, the apple is a result of a hybridisation of two different varieties, which combined, form a complete genome duplication. As a result, each regular apple variety can have four variations of each DNA-sequence. The dihaploid variety used in the study is special because it had only two variants of each sequence. This meant that its genome was far less complicated, resulting in the generation of a very high quality genome sequence.

Among other things, the duplication method between the 17 chromosomes of apples has become much clearer. This has made it easier to identify gene copies with similar functions. In addition, so-called “repetitive areas” have been determined. These previously unidentified areas in the apple genome may play a role in the regulation of gene expression. In conclusion, a new repetitive sequence has been discovered which may be specific to centrometres. This discovery can offer new insights into chromosomal division and replication.

The research was co-ordinated by Etienne Bucher of INRA-Angers (France). Researchers from the Wageningen University & Research Centre, in particular, contributed to the results with large-scale DNA-analyse (genome sequencing) and the development and application of bio-information. They also granted the researchers access to a non-published genetic map of an apple.

The Wageningen University & Research Centre also develop new apple varieties. In this way, the well-known ‘Elstar’ and ‘Santana’ varieties were developed, and also the ‘Natyra’, which is new on the market. Since ‘Santana’ and ‘Natyra’ are disease resistant, they are well suited for organic farming. ‘Santana’ has a special characteristic which makes it edible for most people with a mild apple allergy.

Wageningen is going to use this new insight into the DNA van the apple for the targeted cultivation of new varieties, focusing on sustainability.

This new genome sequence was made possible by the financial support of the European Commission and several national subsidy institutions.