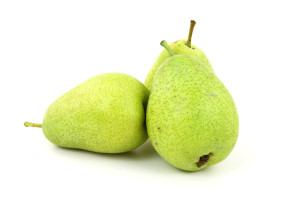 COMPARTIR IMPRIMIR ENVIAR POR E-MAIL
Be it in South Africa or Argentina, harvest has already begun in the Southern hemisphere. The first volumes of early varieties are expected to arrive in early January. There has been a decrease in community imports of pears from the Southern hemisphere. Since 2010, the demand in Europe seems to have stabilised at just under 210,000 tons. The 2017 season could confirm this trend.
Overall, potential is not huge due to unfavourable climate conditions in Argentina which included rain and episodes of frost that caused damage and flowering was short. Volume could be similar to the last couple of seasons, which was already low. However, production in South Africa should still increase (+2%/2016). Climate conditions were not too unfavourable and the 1% increase in acreage and start of production of young orchards should be taken in to account. Harvest will begin early this year, notably in Argentina where it is about a week early.
Fuente: www.freshplaza.com
(Visited 23 times, 1 visits today)
VOLVER A NOTICIAS