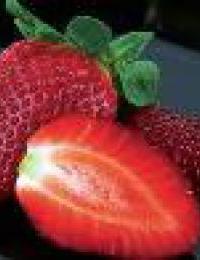 “We’re all in good spirits,” said Kenneth Parker, executive director of the Florida Strawberry Growers Association in Dover, the industry’s trade group. “The quality of the berries is good, and we’re getting very good feedback from consumers.”

But the state’s strawberry harvest, which usually runs from late November into March, has several more months to go, Parker added, so nobody is counting their winnings yet.

Florida growers have about 11,000 acres of strawberries this season, about the same as in recent years.

The disease problems did not become visible until they were replanted in Florida soil during the fall, causing many growers to uproot whole fields and plant a second time.

“This year has been a great year,” said Marc Sewell, a Plant City grower, discussing the weather.

“We’re right in the middle (on temperatures), so it’s ideal,” he added. “We welcome cooler weather; it improves the quality of our fruit.”

Once the harvest season begins, however, too much rain promotes mold — and hard rains can damage the berry’s sensitive skin.

That has not been a major problem so far, both growers said.

The only downside has been a few foggy mornings in January, which create ideal conditions for mold growth, Wishnatzki said. He agreed with Sewell, however, the generally mild winter has been good for berry quality.

Every package of Wish Farms strawberries is labelled with a toll-free number encouraging feedback from consumers, Wishnatzki said, and it has gotten about 100 responses per day.

“We’re getting extremely good marks from consumers,” Wishnatzki said. “About 95 percent of the responses are positive or neutral, mostly positive.”

Florida strawberry growers so far haven’t faced a lot of competition from Mexican and California strawberries, particularly in its traditional eastern U.S. markets, Parker and the growers agreed.

In recent seasons, shipments of cheaper Mexican strawberries flooded eastern markets early in the year, causing some Florida growers to plow under their fields as early as February because they couldn’t compete on price.

This season, however, California and Mexican growers have been hampered by cold and rain, lowering production and limiting shipments of what they do produce to the West Coast, Parker said.

The flood of Mexican imports in past seasons had some Florida growers wondering if they could stay in business.

Parker and Wishnatzki are now optimistic that Florida strawberries can hold onto the eastern U.S. markets.

“I think we can co-exist with these areas as long as we do our jobs as marketers,” Wishnatzki said. “We will continue to compete in the northeast markets.”

Growers usually see wholesale prices in the low to middle $20s range in those first few weeks, but the USDA reported prices in early December ranging from $26.90 to $28.90 per 1-pound flat.

Wholesale Florida strawberry prices during the past week ranged from $9.90 to $12.90 per flat, the USDA reported. That’s typical for the lull after Christmas, the industry’s biggest marketing period, Wishnatzki said, and they should pick up again with the approach of Valentine’s Day, its second biggest period.

Growers need a season average of more than $10 per flat to be considered a good year, Parker said, and the trend looks good so far.

If Mexican and California production remains low, the Florida harvest could extend into April this year, he added. Many growers stop harvesting in March, when the wholesale price for strawberries falls below $7 to $8 per flat, the industry’s average break-even point, Parker said.

“I think certainly we anticipate pricing to hold up longer this season,” he added. “I think folks in the Eastern Seaboard are realizing Florida is the closest producer to them, and I think that’s what today’s consumers want.”