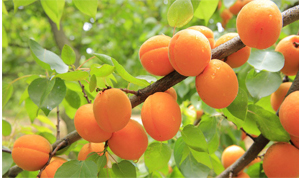 An bountiful early harvest of French apricots has had unforeseen circumstances that has worried producers. Growers across the south of the country are picking their fruits a fortnight earlier than expected following generally favourable growing conditions, despite the heavy frosts of April 21 and 22, in the spring and early part of the summer.

The early picking has come at a cost. French apricots are hitting the shelves at the same time as Spanish ones – and the glut has been made worse by the fact that fruit grown on the other side of the Pyrenees are noticeably cheaper than homegrown ones.

While low prices are welcomed by consumers, with prices ranging from just €0.80 to €1.20 a kilogramme, growers are being forced to sell the fruits of their labours at well below cost price (about €1.50 per kilogramme), or see their produce rot, unsold, in the warehouse.