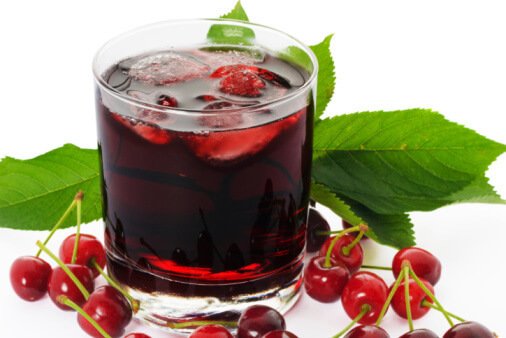 Consuming Montmorency tart cherry juice (MTCJ) improved sleep duration in adults aged over-50 by nearly an hour and a half according to a recent study in American Journal of Therapeutics.

Tryptophan is a precursor to both serotonin (important in maintaining mood), and also to the sleep inducing hormone melatonin.

Tryptophan has also been shown to reduce time required to fall asleep in human studies.

Additionally, the researchers found that procyanidin B-2 inhibited not only inflammatory cytokines in cancer cells but also indolamine 2,3 dioxygenase (IDO), the compound responsible for tryptophan degradation into kynurenine.

“We conclude that tart cherry juice is an effective treatment for insomnia. It has no adverse events as demonstrated in our study and in prior studies by others. Procyanidin B-2 is a likely active ingredient in tart cherry juice acting through plasma kynurenine reduction, tryptophan enhancement, and inhibition of IDO,” wrote lead researcher Professor Jack Losso.

This study reinforced earlier findings, which showed that the same dose of MTJC twice per day improved insomnia in over-65 year olds when measured by the Insomnia Severity Index (ISI). The current study however used polysomnography which avoids the self reporting weakness of ISI and provides more accurate sleep assessment.

Pharmaceutical sleep medications such as benzodiazepines are well known to have adverse side efects.

They are recognised as addictive and usage for periods exceeding two weeks can induce subsequent withdrawal symptoms.  Consequently, there may be a demand for a natural solution suggest the researchers.
“Procyanidin B-2 may be an efective ingredient for improving insomnia. Thus, tart cherry juice and its active ingredients may offer a safe, yet efective, improvement in insomnia that will not increase the prevalence of falls or other side efects associated with hypnotic medications,” suggested Losso.

“Insomnia is quite common among older adults and it can lead to a range of health issues if left untreated,” he continued. “However, many people are hesitant to resort to medications to help them sleep. That’s why natural sleep remedies are increasingly of interest and in
demand.”

Nevertheless, the size of studies to date have been extremely small and therefore larger and longer duration trials are necessary to confirm these promising results.

Significance The small pilot study was a crossover randomised double-blinded placebo-controlled trial. The eight participants remaining after screening all sufered from chronic insomnia. The subjects were randomly assigned either MTCJ or placebo in the morning and at night 1-2 hours before bedtime.

After a 2-week washout, subjects were crossed over between MTCJ and placebo, and followed the same schedule.

Blood samples were taken at the end of each of the 2-week periods to measure kynurenine to tryptophan ratio and PGE2 levels.

The scientists also conducted in vitro tests to assess the inhibition effect of procyanidin B-2 on IDO and other inflammatory molecules. The results of these cell studies provided strong evidence of procyanidin B-2’s role as the active ingredient in MTCJ.