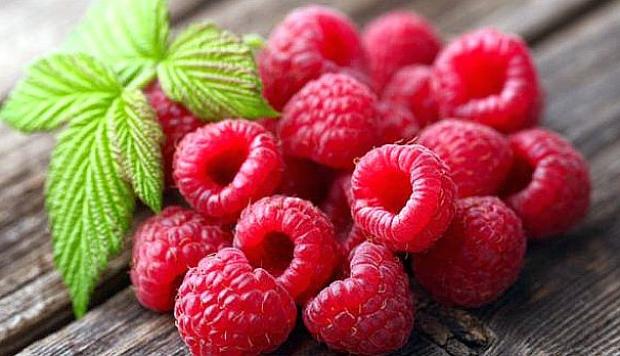 Eating the equivalent of one serving of red raspberries every day curbed weight gain in laboratory mice even when they ate an unhealthy, high-fat diet, researchers at Oregon State University found.

The mice also had lower indicators of metabolic problems like diabetes and fatty liver —conditions that afflict an increasing number of people in the United States.

It’s not news that raspberries are good for you, said Neil Shay, a researcher in OSU’s College of Agricultural Sciences. The surprise, he said, was that even a small amount — the equivalent of sprinkling a cup over your daily breakfast cereal — can pack big benefits.

“We were amazed to see the beneficial effect from the equivalent of a single serving per day,” he said.

The findings are the latest from a series of studies in which Shay and colleagues have fed “power foods” like raspberries, cherries, walnuts, green tea and even red wine to lab mice, adding them to a fatty and sugary diet similar to the junk-food diet many Americans consume.

Raspberries are particularly powerful, Shay said. Rich in fiber, they also contain tannins, flavor and color compounds and other plant chemicals that, when ingested and metabolized, appear to reduce intracellular damage within cells, which may help cells repair themselves, as well as stimulating the body’s processing of fats and sugars.

The raspberry-fed mice had significantly less fat in their livers at the end of the 10-week study, and their blood glucose measure was statistically equivalent to that of a control group of mice fed a normal low-fat diet.

What’s more, the raspberry-fed mice were visibly slimmer than their counterparts that ate the same high-fat diet but didn’t get the raspberries. “You didn’t need to be a scientist to see the difference at the end of the study,” Shay said.

The research, funded by the National Processed Raspberry Commission, was published last year in the journal Food & Function. Its findings confirm and extend what Shay and his colleagues found in a similar experiment two years ago, in which they fed mice the equivalent of four servings of red raspberries a day.

“Which is a pretty high amount,” Shay said. “As good as a fruit may taste to you, if you eat it in quantity every day, you’re going to get tired of it. We wanted to see how much we could lower the amount and still see the beneficial effects.”