Asparagus production in Germany in 2011 was above the 103,457 tons, some 12% more than in 2010, making this country the main producer in EU, better than traditional asparagus producers like Spain, France or Greece. 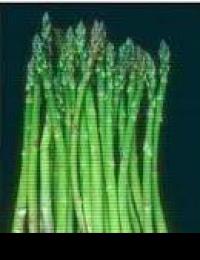 German’s average asparagus production between 2008 and 2010 was around the 94,400 tons, meaning a 77% rise regarding the average from 2000 to 2002, according to data coming from the United Nations Organization for Food and Farming (FAO) and the US Department of Agriculture (USDA).

According to the agricultural information service from Germany (AMI), the number of hectares dedicated to asparagus in the country in 2011 was of 21,628, with Lower Saxony having the biggest area: 4,725 hectares, followed by North Rhine Westfalia with 3,409 hectares and Brandenburg with 3,080 hectares.

For FEPEX, the spectacular growth of the production of fruits and vegetables in Germany like asparagus is related to the present CAP and the distribution of direct payments, and the social work policy applied in the different member-states regarding seasonal employment of foreigners from third party countries.

The mentioned data by FEPEX comes from AMI (the German agriculture information service), the UN for Food and Agriculture (FAO) and the US Department of Agriculture (USDA) collected by Euroasper 2012, the new European Symposium for Asparagus, that happened recently in Granada, with the collaboration of Asociafruit.