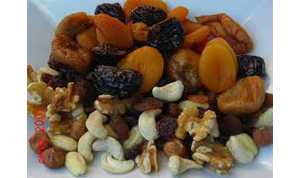 COMPARTIR IMPRIMIR ENVIAR POR E-MAIL
In 2016, the nuts and snacks sector maintained the growth trend of the previous seven years, showing also a moderate acceleration, all within a context of positive economic development and reinforced by investments in innovation.
Thus, the provisional figure by the end of 2016 stood at 2,190 million Euro, which is 4.3% more than in 2015, according to the Sector Observatory DBK.
By products, the nuts segment maintained the most positive performance, with a market value of 860 million Euro in 2016; a 5.5% growth compared to the previous year. This segment consequently accounts for about 40% of the total sales.
Meanwhile, the snack market recorded a 4.3% growth, reaching 720 million Euro and representing 33% of the total sales.
The foreign trade of nuts has registered a strong dynamism in recent years. In 2015, it recorded growth rates of 40% in the value of exports and of 30% in the case of imports.
Forecasts for the coming years predict that this trend will continue, with increases of between 3-4% per year expected in the 2017-2018 biennium.
In recent years, leading operators have strengthened their position at the expense of smaller companies, leading to a gradual market concentration.
In 2015, the five largest operators combined accounted for 46.2% of the market, about two percentage points more than in 2013. For their part, the top 10 competitors reached a 57.8% share.
Fuente: financialfood.es
(Visited 10 times, 1 visits today)
VOLVER A NOTICIAS