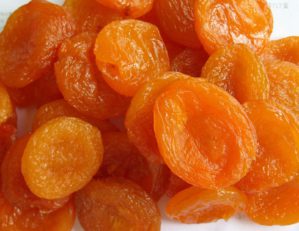 Murcia’s stonefruit harvest will start in late April with the first apricots, peaches and nectarines. “It has rained when the rain was needed and we’ve had enough cold hours, so for now we expect a great quality harvest, with a well-shaped fruit and an amazing health,” states Joaquín Gómez, president of Apoexpa.

The volumes will be greater than last season, although according to the representative of the association, “it is not because the acreage devoted to the crops has increased (it remains stable), but because we haven’t suffered any losses caused by frost, as was the case in 2016.”

That is why the production of apricots, one of the crops that was most affected by frost in the previous campaign, could double this year, while that of peaches and nectarines could increase by 25,000 tonnes in May.

After stonefruit, the new challenge is to export table grapes to China

Last year, after the opening of the Chinese market to Spanish stonefruit, the first shipments of peaches, nectarines, Paraguayo peaches and plums were made.

“The varieties shipped were tested both during transportation and at destination, where consumers appreciated them. We will be moving very slowly when it comes to the export of fruit to China, as we still need improvements in logistics, which is the most limiting factor. We have meetings in April to negotiate the final opening of a route for export by rail,” reported Joaquín Gómez.

Meanwhile, exports to other third countries continue to increase. For example, 12,000 tonnes of peaches and nectarines and 18,000 tonnes of plums were shipped to Brazil, and South Africa received 1,800 tonnes of stonefruit and more than 3,000 tonnes of table grapes last year.

The next step for Apoexpa is to export table grapes to the Chinese market, since, according to statistics, table grapes are the most imported fresh fruit in this country.

“We are doing our best to move forward in the signing of the protocols that will allow us to ship table grapes to China. We have high hopes for this product.”