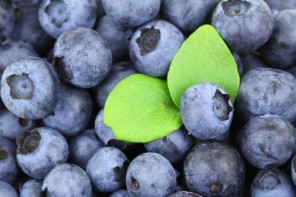 Poland is no longer the European leader in the production of blueberries. According to a recent report by the Blueberry International Organization (IBO), Spain has now taken the title, seeing an increase in production in 2016 to an estimated 28350 tonnes, while Poland came in with 12,000 tonnes, a decrease of 3,500 tonnes compared to 2014.

Piotr Milewski, CEO of Polish blueberry producer Milbor, shared that although the new blueberry plantings in Poland are still very high, Spain is developing at a much faster rate. A big part of this has to do with climate. The vegetation period in Poland is much shorter due to the winter, in contrast to Southern Spain, where the warmer weather allows the plants to grow at a faster rate and need more years to reach full productivity.

“The amount of investment in blueberries in Spain is enormous. It takes place mainly in the Huelva region, where the climate is completely different to Northern Europe. They hit a different harvest window than Poland; the harvest in Huelva lasts from March till June, while we start harvesting in July. For this reason, we do not perceive Spain as competition to our production.” shared Milewski.

The weather also took its toll on Polish production, with strong frost at the beginning of 2016, which destroyed a lot of buds, especially in the later varieties, which had not gone dormant. This added insult to injury for the farms who still hadn’t recovered after the drought in 2015.

“I think that it will be difficult for Poland to regain the status of top blueberry producer in Europe. The productivity of Spanish blueberries, due to the weather and the pace of investment, make them very difficult to beat. In my opinion, they will remain the European leader for the forseeable future. I think that Poland will stay the second producer and the top European provider of Northern Highbush blueberries.” said Milewski.

Although it is still too early to say what the prospects will be for the coming season, Milewski said that everything is in place for an increase in production. However, growers still need to assess the damage caused by the very strong frost last week. It is still early days, because a lot can happen between now and July.

“I see two main trends on the Polish market. Firstly, a change in varieties. Growers are starting to avoid the Bluecrop as the core variety and have decided to plant other proven varieties, such as Duke, Chandler, or Aurora. I also see less of a mosiac in varieties in the new plantations; in the past, growers sometimes planted several different varieties on their farms and it was very difficult to manage the quality. Now, most of the new plantations are more unified, with a maximum of 3 to 4 varieties. They are also better organised in terms of sales,”

“We still have a lot to do, but I see growers starting to work together to have a better position to sell their blueberries. More and more new cooperatives are appearing to strengthen the business, including ours, CoRe Fresh Supply.”