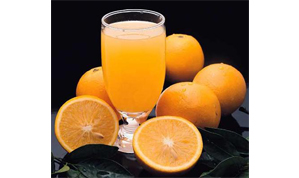 With overall Florida orange production down and about 95 percent of the oranges destined for processing, ERS forecasts orange juice production to decline 20 percent to 435 million single-strength equivalent (sse) gallons in 2016/17 (table 5). Lower juice yields and the decline in overall production so far this season will be supplemented by more imports. ERS forecasts imports to increase to 421 million sse gallons. If realized, this would represent an 8-percent increase from a season ago. Already, year-over-year increases in imports have been reported in 3 out of 4 months of the marketing season. Lower beginning stocks and the decline in production have reduced overall domestic supply availability by 13 percent, which in turn limits increases in export volume. Monthly exports this season are sluggish, lagging below last season’s volumes for 3 out of 4 months, with a rebound in January. Based on these early indications and lower domestic production levels, ERS forecasts U.S. orange juice exports to be down 2.5 percent for this season relative to last season.