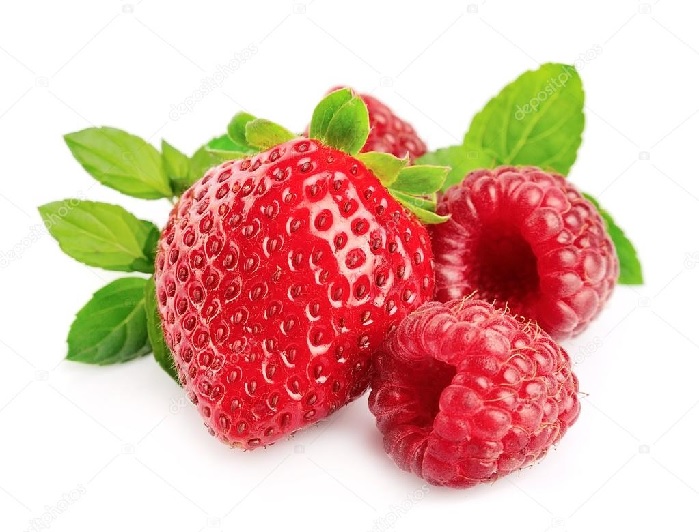 Cornell’s berry breeding program is releasing two new varieties, which will be available for planting in spring 2019: a strawberry, Dickens, and a raspberry, Crimson Treasure. Both varieties produce large fruits with vibrant colors that maintain peak flavor for longer than most heritage varieties.

The new berries are the handiwork of berry breeder Courtney Weber, associate professor in the College of Agriculture and Life Sciences based at Cornell AgriTech in Geneva, New York.

Dickens is a traditional, June-bearing strawberry with high yields and bright red fruit that continues bearing late into the season. The berries are firm, so they hold well on the plant and in the container, Weber said, but not so firm that they have no flavor. Strawberries are the third-leading fruit crop in New York state, but most strawberries sold in supermarkets are from California.

“With New York-grown berries, because we don’t have to ship so far, we can handle a softer fruit. And people notice the softer, sweeter, juicier fruit,” Weber said. “Customers can get supermarket strawberries any day of the week; the reason people make the effort to come to the farm stand or farmers market and buy the local product is because it tastes so much better. Maintaining that flavor is paramount to what we do in our breeding program.”

The Dickens strawberry was first discovered in Weber’s breeding fields in 2002 and was originally noticed for the plant’s hardiness in surviving cold winters, making it especially suitable for New York and other cold-winter climates. Production trials throughout the region have shown Dickens to be an adaptable and consistent producer of high-quality fruit. Dickens has been tested in annual and perennial production systems, without soil fumigation, and found to be tolerant to root rot and other common diseases.

Weber has named his strawberry varieties after his favorite authors, including L’Amour, Clancy, Herriot, Walker and, most recently, Archer. Because this newest berry “yields like the dickens,” Weber decided to name it after prolific English author Charles Dickens.

The new raspberry, Crimson Treasure, is also very high-yielding, with larger fruit than traditional varieties grown in the region. The well-known Heritage raspberry produces fruit of approximately 2.5 grams, while Crimson Treasure produces berries twice as large – averaging between 4 to 6 grams. That’s typical of what you see with supermarket raspberries, Weber said.

Crimson Treasure is a fall-bearing raspberry with bright-red fruit that holds its color and texture well in storage.

“Color is a big deal. You need fruit that does not darken after you pick them,” Weber said. “A lot of older varieties, after you pick them and put them in the cooler, they darken and then look overripe. This one doesn’t; it holds its color and eating quality well.”

Crimson Treasure was originally discovered in 2012. Weber has worked to speed the process of developing new raspberry varieties because the program has so many international collaborators interested in raspberries. These collaborators plant trial raspberries and collect data, giving Weber more information on disease resistance and other traits that can inform his breeding trials.

The name continues another Weber tradition. This is the third raspberry in the “Crimson” series. Two previously released raspberries were named Crimson Giant and Crimson Night.

Cornell’s berry breeding program is the oldest in the country and is the only one in the Northeastern U.S. The university’s berries are grown all over the world: Crimson Treasure has been planted in trials in New York, California, Mexico and the European Union. The berry program works with commercial partners across North America, in Morocco, Spain and Portugal. Heritage, the most commonly grown raspberry variety in Chile, was developed at Cornell, and two Cornell raspberry varieties, Crimson Night and Double Gold, are under license in Japan.

The Dickens strawberry will be available from Nourse Farms, a licensee in Whately, Massachusetts, 413-665-2658. Crimson Treasure raspberry will be available from North American Plants, a licensee in McMinnville, Oregon, 877-627-4636. For information on licensing opportunities, email Jess Lyga at the Center for Technology Licensing at Cornell University.